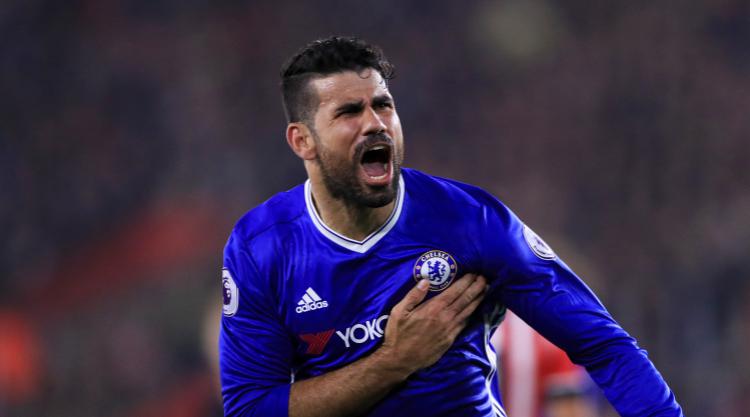 Chelsea have described claims head coach Antonio Conte is forcing striker Diego Costa out of the club as “just nonsense”.

A lawyer purported to represent Costa threatened Chelsea with legal action over the striker’s future.

A Chelsea spokesman said on Friday: “The premise the lawyer has put forward is just wrong.

“The lawyer’s argument that Antonio as a coach has forced the player out by text message in June is just nonsense.”

Costa, his agent Jorge Mendes and Chelsea decided in January that the striker would be leaving the Blues in the summer.

The 28-year-old was linked with a move to the Chinese Super League during last season’s winter transfer window and was left out of the Blues’ squad for January’s trip to Leicester as rumours of tensions with Conte surfaced.

There has long been speculation of a return to Atletico during Costa’s three years at Chelsea. However, Atletico are subject to a transfer embargo until January 2018.

“We’ll just have to see what the window brings,” the Chelsea spokesman added.

Conte repeated his summer-long stance over Costa, who has been linked with a return to Atletico Madrid, as well as a move to AC Milan.

“For me it’s very simple, the situation,” said Conte, speaking ahead of Sunday’s Community Shield with Arsenal at Wembley.

“I repeat what I said in the past, maybe 10 days ago. The player, his agent and the club knew very well the future of the player in the summer.

Asked if it could be a distraction for Chelsea, who begin their Premier League title defence against Burnley on August 12, Conte said: “For me it’s the past.”

He was also asked if Chelsea could make a similar outlay.

“Now for us, it’s very important to try to improve our squad, above all under a numerical aspect. We have a small squad,” he added.

There has been speculation Eden Hazard, who is currently out with a broken ankle, could replace Neymar at Barcelona.

Conte, laughing, said: “We are trying to buy the players, not to sell them. Otherwise the number is always less and we are in trouble.

“These are rumours. Eden is very happy to stay with us and to start the new season.”

Hazard and Tiemoue Bakayoko, the midfielder signed from Monaco this summer who has a knee injury, are Chelsea’s only injury absentees for the curtain raiser between the Premier League champions and FA Cup winners.

Pedro could play with a protective face mask following his facial injury sustained against the Gunners in the pre-season friendly in Beijing.

Victor Moses is free to play despite his dismissal in May’s FA Cup final when Arsenal beat Chelsea 2-1.

Moses’ ban applies in the Premier League season opener against Burnley on August 12, for which Hazard and Bakayoko will also be out.

Alvaro Morata, Chelsea’s new £58m striker, could be deployed up front with Michy Batshuayi, with Conte insisting pre-season is now over.

“This is an official game. This is the first trophy in this season. This is an important game for us.”