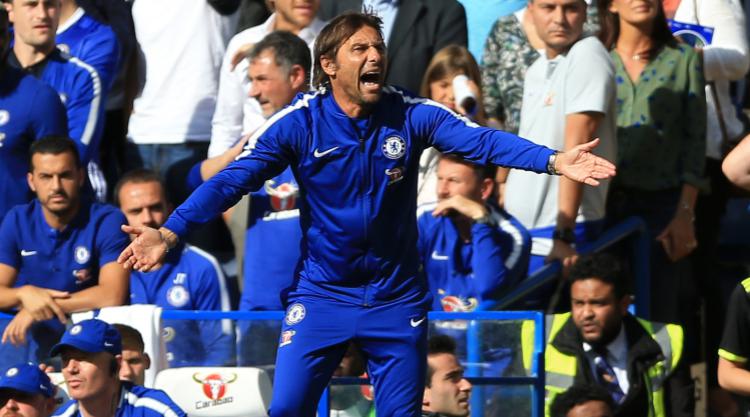 The 28-year-old Brazil-born Spain international signed for Â£32million from Atletico Madrid in July 2014, agreeing a five-year contract, and wishes to return to the Spanish capital.

Speaking from his native Lagarto earlier this week, Costa criticised Chelsea and Conte, saying he was “not a criminal”.

The Italian responded with humour when addressing the media ahead of Sunday’s Premier League clash with Tottenham at Wembley.

“I can tell you that everyone who was in Chelsea knows very well what happened last season with Diego. It’s funny, this interview.”

Costa on Friday pleaded with Chelsea to lower their asking price to allow him to return to Atletico.

Costa still has two years remaining on his contract. As a consequence, he has been ordered by Chelsea to return to London, get himself match fit and make himself available for selection.

That stance is seemingly at odds with Conte’s, but Chelsea want to monitor their player ahead of a possible transfer.

Conte was asked if he would select Costa if he was fit to play.

“No. I’m not interested to continue this issue. I repeat: for me, it is the past,” Conte added.

The Costa conundrum has complicated Chelsea’s summer, which has seen doubt over Conte’s position.

Chelsea owner Roman Abramovich, a man not renowned for patience in his 14 years in control, has regularly hired and fired managers but still won numerous trophies.

Conte secured the fifth Premier League title of the Abramovich era and reached the FA Cup final in his first season as Chelsea head coach.

Conte belatedly signed an improved contract, although not an extension to the deal which has two years left to run.

Conte reckons Chelsea’s title win, when he revived a team which finished 10th in defence of the trophy the previous season, belied the fact that there are underlying issues which must be resolved for long-term success at Chelsea.

“The only thing I can promise is work, work, work and that I will try to do my best to improve the club.

“Sometimes you can win but you are not building something positive for your future.

“Sometimes you don’t win but you are preparing yourself to be better.”

Conte says Sunday’s opponents Tottenham, runners-up to Chelsea in May, already have a firm foundation as they enter a fourth season under Mauricio Pochettino.

“Now we don’t have this base, this foundation, like Tottenham,” Conte said.

“We must have patience to build something important for the present, but above all for the future.”