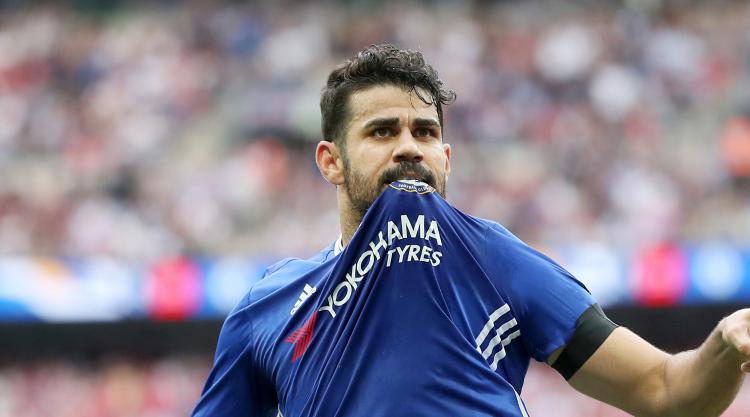 Costa has criticised Chelsea’s treatment of him this summer, saying he is “not a criminal”, and said he is prepared to remain in exile for a year as he agitates for a return to Atletico Madrid.

But it is understood that Chelsea want Costa, as a player with two years remaining on his contract, to return to the club.

The Blues also expect the Brazil-born Spain striker to prove his fitness and make himself available for selection, even though he is no longer in head coach Antonio Conte’s plans.

After being granted an additional week of leave and missing the pre-season tour to Asia, Costa is still to return to London around two weeks after his anticipated arrival.

Costa, speaking at his family home in Lagarto, Brazil, said he has not reported for training as he does not want to train with the Blues’ reserves, and is happy staying in Brazil and paying club fines until his future is resolved.

He told The Daily Mail: “They gave me a week extra off but since then it’s fines all the way. They want me training with the reserves. I am not going to do that.

“I am not a criminal and I am not in the wrong here. So, if they need to fine me, let them fine me.”

Chelsea do not have a reserve team, only age-group sides, and Costa has been given no indication that he would be expected to train with them, Press Association Sport understands.

Costa joined Chelsea from Atletico in July 2014. He has twice won the Premier League title during his three years at Stamford Bridge and scored 59 goals in 120 appearances.

The 28-year-old claims he was told he was not wanted by head coach Antonio Conte by text message in the summer and the frontman wishes to return to Atletico.

The Blues declined to respond to Costa’s comments.

Chelsea and Conte have previously insisted the decision for Costa to leave this summer was made in January, with both the player and his agent, Jorge Mendes, aware.

Costa only wants to move to Atletico, who are under a transfer embargo and cannot register new players until January.

In Costa’s absence, the Blues lost 3-2 to Burnley on Saturday’s opening day of the Premier League season.