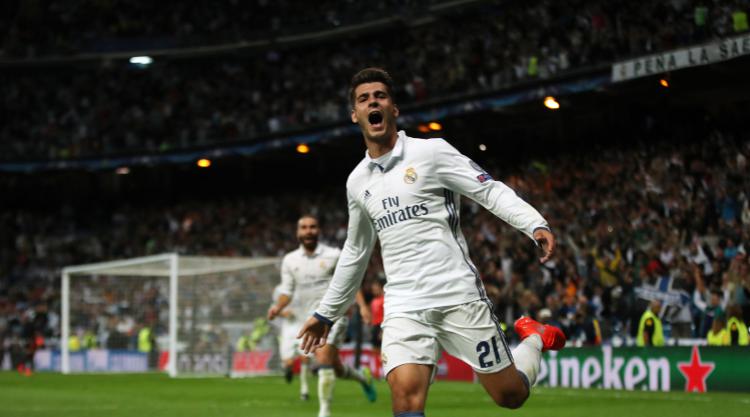 Chelsea’s search for a striker looks set to hit more problems, with the Daily Star reporting that they are ready to pull the plug on their pursuit of ALVARO MORATA.

The Blues appeared ready to pay £63million for the Real Madrid player, but the Stamford Bridge hierarchy have had second thoughts, leaving AC Milan as frontrunners for his signature.

Manchester United are enjoying a much better time of it in the transfer market and hope to tie up a £44million deal for Inter Milan’s IVAN PERISIC, reports the Daily Telegraph.

Perisic is thought to be keen on a move to Old Trafford and hopes to get the deal done in time to join up with United for their tour of the United States.

Jose Mourinho looks like missing out on Tottenham’s ERIC DIER but could be ready for one last-ditch attempt to get their man.

Spurs are holding firm in their desire to keep the England international, but the Daily Mirror claim that they are lining up a final offer of £60million.

The Sun are reporting that Crystal Palace are trying to sign Arsenal midfielder JACK WILSHERE on loan.

The Selhurst Park club are also closing in on Ajax defender JAIRO RIEDEWALD, who will cost around £8million, according to the Evening Standard.

Arsenal tipped to swap Alexis Sanchez for one of the world’s best players https://t.co/f6zZ05epOE pic.twitter.com/JdYBOhQFSH

Le Parisien also reporting that Sanchez to PSG remains a track for the summer, with the French club still interested.

PSG source say Alexis Sanchez wage demands are unrealistic & he’s turned off by French tax rates. They believe has has agreement with City

GONZALO HUGUAIN: Chelsea have had an £88million offer rejected for the Juventus striker, according to Italian newspaper Tuttosport.

ZLATAN IBRAHIMOVIC: The Sun are reporting that the Swedish striker could be set for a return to Old Trafford when he is fit, after enrolling his sons into their youth academy.

NEYMAR: Despite speculation linking the Brazilian with a move away from Barcelona, the Daily Mail says no club is prepared to meet his £195million release clause.