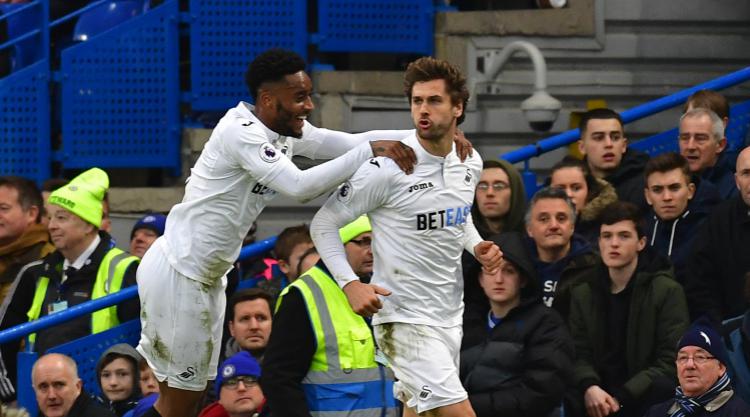 Press Association Sport understands the Premier League champions are yet to lodge a bid for the 32-year-old Spain striker, who played under Blues head coach Antonio Conte at Juventus.

But there is firm interest in a player who has one year remaining on his two-year contract with Swansea and turns 33 in February.

Llorente has not played this term due to an arm injury and the Swans will be keen to secure a replacement before selling the striker.

Tammy Abraham, on loan from Chelsea, has been deputising in his absence.

Conte smiled ahead of February’s clash with the Swans when he was asked whether Chelsea had made a January bid for Llorente, who scored 15 goals last season after joining from Sevilla.

Costa, who scored 20 goals as Conte’s men won the Premier League title last term, is agitating for a return to Atletico Madrid and is currently in exile.

Chelsea declined to comment on reports in Spain that Costa’s preferred move to Atletico is near.

Atletico sold Costa to Chelsea in July 2014 for Â£32million and he has twice won the Premier League title, scoring 20 goals on each occasion.

But Costa has often been linked with a move back to Spain. He is in dispute with Chelsea over the version of events which led to his extended and unauthorised summer break in his native Brazil.

Costa’s absence from London has complicated the deal, so has the fact the Spaniards are unable to register new players until January.

That could lead to Costa playing on loan elsewhere, or training with Atletico without playing.

Chelsea and Atletico were drawn in the same Champions League group for this season’s competition and meet in Madrid on September 27.

The potential arrival of Llorente could lead to Michy Batshuayi leaving Chelsea, with the Belgian striker previously linked with loan moves.

Batshuayi scored the goal at West Brom in May which secured the title, but has otherwise struggled to make an impact at Stamford Bridge.

Alvaro Morata is the Blues’ leading striker after arriving from Real Madrid for Â£56m and has scored twice in three Premier League appearances, but Llorente would represent a back-up with pedigree ahead of a return to the Champions League.

Chelsea have also been linked with moves for England midfielders Alex Oxlade-Chamberlain of Arsenal, Leicester’s Danny Drinkwater and Ross Barkley of Everton.

Oxlade-Chamberlain is reported to have rejected Chelsea’s advances and favours a move to Liverpool, Drinkwater has handed in a transfer request and Barkley is currently out with a serious hamstring injury.

But Chelsea could be in for a busy final 36 hours of the summer transfer window, with Conte seeking to bolster his squad.