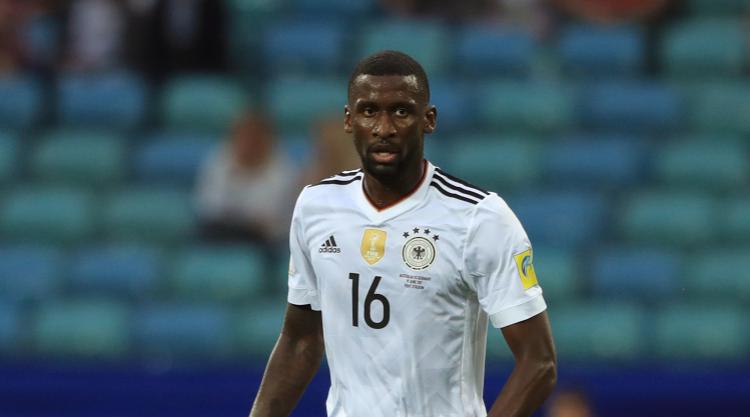 Chelsea have made their first major signing of the summer with the arrival of Roma defender Antonio Rudiger on a five-year contract.

The 24-year-old Germany international will cost the Stamford Bridge club an initial Â£29million with add-ons potentially taking the deal to Â£33.3m.

Rudiger will take over the number two shirt left vacant after Branislav Ivanovic’s departure to Zenit St Petersburg in February.

“It’s a great feeling because not every player has the opportunity to join a huge club like this,” the defender, who was a member of Germany’s victorious Confederations Cup-winning team last weekend, told chelseafc.com.

“I am looking forward to meeting up with my new team-mates and I’m very proud to officially become a Chelsea player.”

Chelsea’s only other signing so far this summer is Manchester City’s out-of-contract goalkeeper Willy Caballero.

“We are pleased to be able to bring in a player of proven quality who adds to our defensive options,” said technical director Michael Emenalo.

‘Antonio is still young but is experienced at club and international level and possesses all the requisite attributes to thrive in the Premier League.

“We have been aware of him for some time and we are confident he will fit in well with the squad.”

Rudiger is set for some additional time off as a result of that Confederations Cup final win last Sunday however the majority of Antonio Conte’s squad are due to return to pre-season training on Monday.

Striker Diego Costa, who was reportedly told he was surplus to requirements by the manager in a text message sent last month, is due to report back to their Cobham base despite uncertainty about his future.

The Spain international has been linked with a return to Atletico Madrid, although their current transfer ban means they cannot officially register anyone to play until January.

With Chelsea missing out to Manchester United for Romelu Lukaku, despite them being the favourites to re-sign their former player, Conte may have to find a way to reintegrate Costa into his squad as without him it leaves only Michy Batshuayi as a senior striker.

The Belgium international scored nine times in 28 matches last season but was used primarily as a back-up striker.