Commuters suffered travel chaos after a lorry carrying 25 tonnes of chocolate went up in flames on the A2.

Two-hour long waits were caused after three lanes were closed to allow fire crews to clear the wreckage near Bluewater shopping centre in Kent.

Dramatic footage showed smoke billowing into the air as the lorry was engulfed in flames on the roadside on Thursday morning.

Pictures of the aftermath emerged online, showing tonnes of the melted treats scattered across the London-bound carriageway. 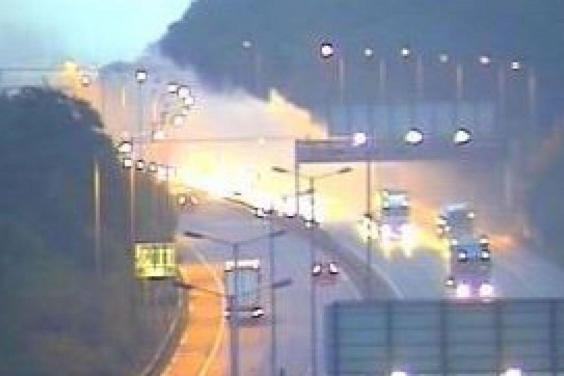 Kent: A lorry carrying tonnes of chocolate burst in to flames on the A2, causing traffic mayhem. (Highways England)

Fire crews were forced to remove the sides and roof of the vehicle and were working with Kent Highways to remove the mound of chocolate from the road.

A Kent Fire and Rescue spokeswoman said there were no reports of injuries, and that the cause of the blaze was unknown. 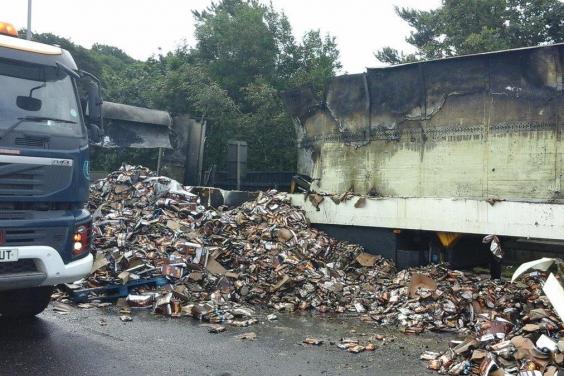 She said: “[Crews are] still at the scene of a lorry fire on the A2. Three fire engines attended and arrived to find the trailer unit was alight.

“Crews removed the sides and roof of the vehicle, extinguished the blaze and are working with Kent Highways to manually move the contents of the trailer, believed to be approximately 25 tonnes of chocolate.”

It is thought the chocolate could be hundreds of Lion bars.

Highways England said the chocolate melted onto the carriageway and urged drivers to allow extra time for their journeys.