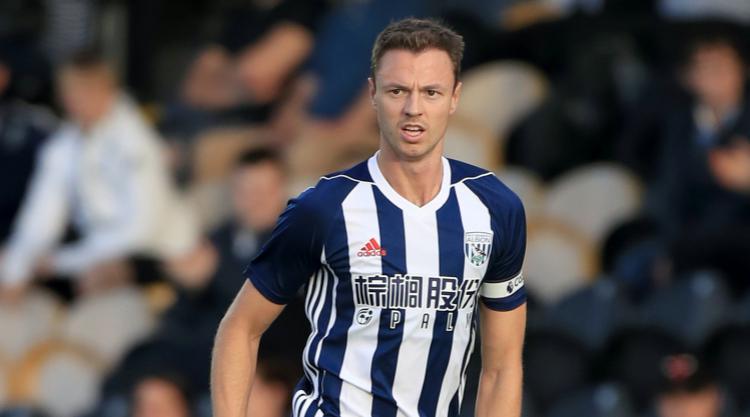 Chris Brunt thinks it is only natural West Brom and Northern Ireland colleague Jonny Evans is attracting interest given his quality and experience.

The Baggies have rejected a bid from Manchester City for their 29-year-old captain, who graduated from the academy of their cross-city rivals Manchester United.

News of Pep Guardiola’s interest in Evans was met with bemusement by some, yet Brunt knows first hand about Evans’ ability having played alongside him both domestically and with his country.

“I know him better than most lads at the club, I’ve played with him for a long time and he’s a good player.

“Naturally, teams are interested in good players. I suppose his experience plays a big part as well.

“But it’s between Jonny and the club. There’s not really a lot anyone else can do about it. We’ll just see how it goes.”

Evans has sat out West Brom’s first two Premier League games this term, with boss Tony Pulis insisting it is due to a nagging hamstring issue rather than anything transfer related.

His colleagues have coped just fine without him, though, having recorded back-to-back 1-0 victories to start their top-flight campaign and Brunt knows there is little West Brom, or any club can do, about interest in their best players.

“I’m sure it will run its course over the next couple of weeks,” Brunt added of Evans’ situation.

“The transfer window’s open and Jonny’s a good player. I suppose when you are playing well, it attracts interest from other teams. It’s no different at any other club.

“Look, I’m sure whatever the outcome is, everyone will move on. Football is one of those games where you’ve got to move on quickly.

“Hopefully it will all get resolved and it will all die down. That’s the way the transfer window is at the minute. There’s not a lot we can do about it.”

Meanwhile, West Brom have decided to appeal against the red card shown to Hal Robson-Kanu late in the 1-0 victory at Burnley on Saturday.

The Baggies goalscorer was sent off after 83 minutes following an aerial challenge with Burnley defender Matthew Lowton.

A West Brom statement issued on Sunday evening confirmed the club have contacted the Football Association and will submit a claim of wrongful dismissal.