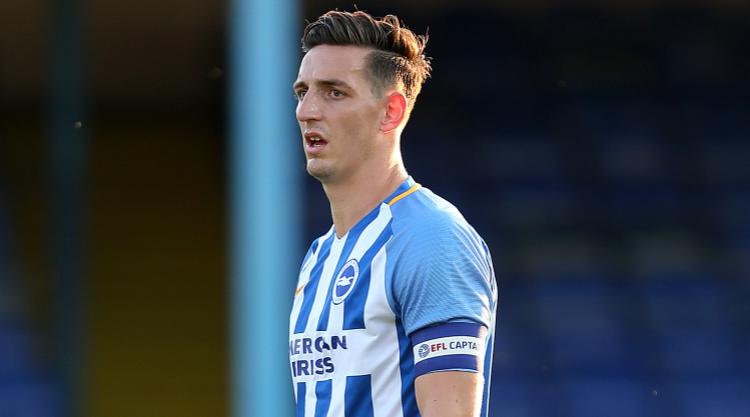 Brighton boss Chris Hughton refused to rule out a future England call-up for Lewis Dunk after tying the defender to a lengthy new contract.

The 25-year-old centre-back, who is Albion’s longest-serving player, agreed a five-year deal on Thursday to remain at the Amex Stadium until 2022.

Dunk’s first Premier League campaign began in inauspicious style with an own goal in last weekend’s 2-0 defeat to Manchester City, but Hughton is confident his player has the potential to make the step up and perhaps progress to the national team.

When asked about international recognition for Dunk, Hughton, who takes his team to Leicester on Saturday, said: “He’s got huge potential.

“We almost, in one breath, we look at him as a young player because I suppose he’s inexperienced at the top level but on the other side we don’t, this is a player that’s been playing regularly for the last five years.

“When I put him up against some of the players in this division, similar ages and so, then yes, I think he’s a player of huge potential and it’s a big season for him because this is his first season at Premier League level.

“He’s been spoken very well about, he’s done great for me over the last couple of seasons and, along with everyone else, it’s a big season for him, but he’s progressing nicely.”

While he remains keen to reward the players who took the Seagulls to the top flight, he has broken the club’s transfer record three times this summer to recruit Australian goalkeeper Matt Ryan, Dutch midfielder Davy Propper and Colombian winger Jose Izquierdo.

The former Newcastle, Birmingham and Norwich manager would like to strengthen his squad further but does not expect to exceed the reported Â£13.5million fee paid to Club Brugge for Izquierdo.

“We are still trying to bring in, if we can,” he added.

“We’re all appreciative at this club that we have a chairman and an owner that’s prepared to break those club transfer records, already three times this season.

“I know that comes with the territory because we are now not only in the Premier League but in a market that’s jumped dramatically this summer.

“But you still have to have a chairman that is prepared to do that.

“I probably don’t expect it (breaking the transfer record again), but I would like to think we might do some more business before the window.”