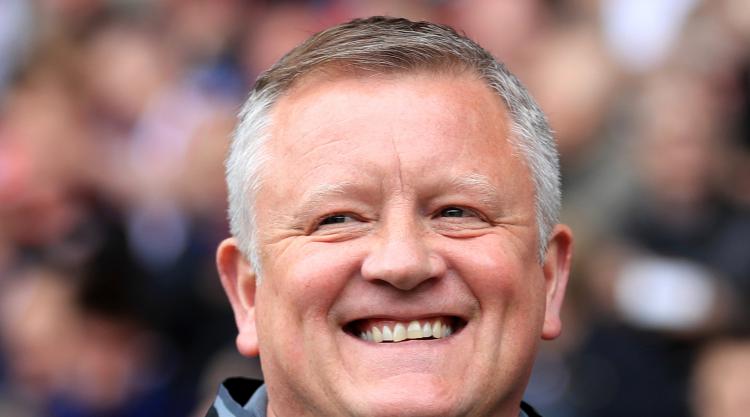 Sheffield United boss Chris Wilder stressed he does things his own way as he bids to replicate the success enjoyed by current Cardiff manager Neil Warnock at Bramall Lane.

Wilder is the ninth permanent Blades boss since Warnock steered them to the Premier League in 2006 and the two managers will lock horns in the Sky Bet Championship on Tuesday night.

Warnock, 67, is chasing his eighth promotion as manager and Wilder his fourth, while the Blades hope to end Cardiff’s 100 per cent start to the season.

“I know Neil just through coming down to Bramall Lane,” Wilder said before the trip to the Cardiff City Stadium. “He has managed at the top level, I don’t know him to speak to, just to say hi to.

“He had a very good spell here and made it a tough place to come. But I don’t take the lead off anyone in the way I manage, I do it off my own back. We are not trying to clone anything.

“These things always get chucked up, player connections, manager connections, but ultimately we are going to a football club who has an excellent manager, who knows his way around this division, so it is another challenge for us.”

Wolves, 2-0 winners at Derby on Saturday, are also looking to extend their winning run to four games in all competitions, but boss Nuno Espirito Santo’s impressive start could come under threat at Hull.

The Tigers’ Russian head coach Leonid Slutsky is also unbeaten in English football and his side dismissed Burton 4-1 at the weekend thanks to Abel Hernandez’s hat-trick.

Nottingham Forest and Ipswich are the two other clubs to have opened the season with back-to-back league wins and they bid to maintain momentum at Barnsley and at Millwall respectively.

Barnsley hope to kickstart their campaign following successive defeats to Bristol City and Ipswich, while Millwall registered their first point on Saturday after drawing at home against fellow newly-promoted side Bolton.

Harry Redknapp’s Blues, for whom new signing Isaac Vassell from Luton could make his debut, lie in wait for Bolton at St Andrew’s as they look to follow up their home weekend win against Bristol City.

John Terry has yet to taste victory since being fanfared in at Aston Villa this summer and Steve Bruce’s side face a tough task to get their season up and running at Reading.

Leandro Bacuna could make his Royals debut against former club after completing his switch at the weekend, while Jaap Stam’s side are chasing their first win of the season after being held at home on Saturday against Fulham, who travel north to take on Leeds.

Leeds head coach Thomas Christiansen has yet to savour his first league win at Elland Road after being held to a goalless draw three days ago by 10-man Preston.

Derby are next up for Alex Neil’s unbeaten Lilywhites at Pride Park, while Brentford look to bounce back from successive defeats against Bristol City at Griffin Park and Garry Monk’s Middlesbrough chase back-to-back home wins against Burton.