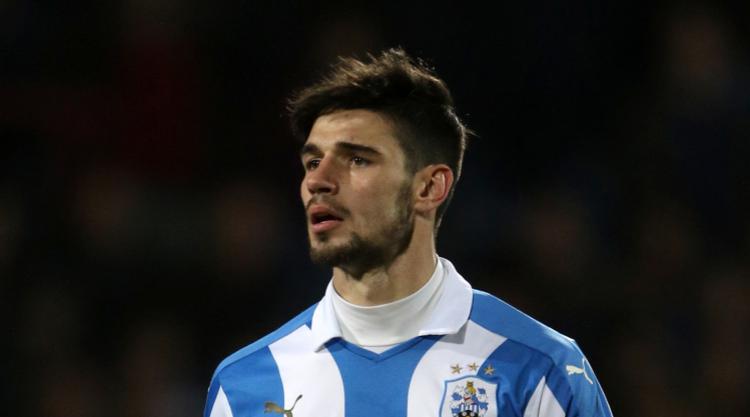 Now the former 1860 Munich captain wants to make the biggest splash yet as the Terriers take on Reading for a place in the Premier League in Monday’s Sky Bet Championship play-off final at Wembley.

Schindler became part of the remarkable transformation of the West Yorkshire club sparked by countryman David Wagner when he made a Â£1.8million move from Munich last summer.

Under Wagner’s inspirational management, Huddersfield have gone from being Championship strugglers to promotion contenders and there has been a strong German element to their success.

Schindler admits he had never heard of Huddersfield previously but he, along with Wagner and team-mates Collin Quaner, Chris Lowe, Michael Hefele and Elias Kachunga have changed perceptions back home.

“The interest grew during the season,” he said. “At the beginning they said, ‘It’s a German colony’ and there were one or two articles a month about the German players.

“Now at the end of the season, when we knew were going into the play-offs, the requests were higher. Everybody was more and more interested in what’s going on here.

“But it’s not just about a few German players going to England and playing in a football team, it is also about Huddersfield Town.

“I think the story of a smaller club, with a smaller budget compared to the other teams, making their way to Wembley is almost like a fairytale.”

Wagner himself also likened Huddersfield’s season to a fairytale this week and compared it with Leicester’s shock Premier League title triumph last year.

The last chapter of the tale was certainly dramatic enough with Town beating Sheffield Wednesday on penalties in their play-off semi-final.

Schindler said: “You can see it like that and hopefully we can make a happy end to this story and win the final now.

“I think what we have achieved until now is exceptional but of course we want to go the last step and make it an unbelievable and even bigger story.

“Nobody expected this before the season. We had a lot of new players coming into the squad and, for me personally, I didn’t even know Huddersfield Town.

“That I am now heading to Wembley and playing a final for promotion is almost unbelievable.”