Waterloo station was like “Wembley on Cup Final day” as the impact of an £800million overhaul kicked in – with rush-hour commuters predicting a “summer of hell”.

Frustrated travellers told how they were “penned in like sheep” on the first peak-time test of the three-week project to extend ten platforms at Europe’s biggest train station.

Many had been lulled into a false sense of security when predicted chaos during the morning rush hour failed to materialise as passengers stayed away or used alternative routes.

By 6pm last night the concourse was packed, with Tube passengers held back in tunnels for upwards of 15 minutes to reduce the crush. 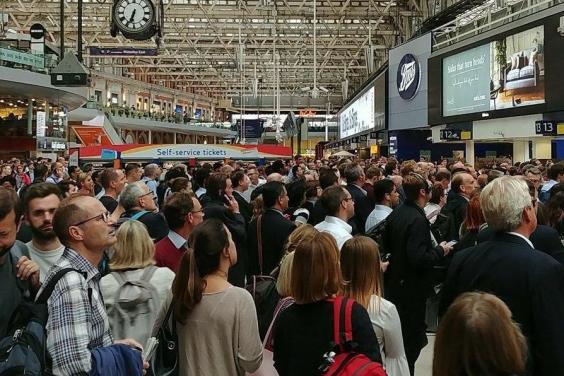 Delays: Commuters wait for information on the concourse at Waterloo station (@WelshChris1)

One-way systems have been put in place with entrances to the station blocked in an attempt to implement strict crowd control measures.

But investment banker Tomas Finn, 29, from New Malden, said: “No-one is telling us anything or giving the right information. It doesn’t bear thinking about what the next three weeks are going to be like.”

Graham Pike said: “It’s like a football crowd at Wembley. I thought Arsenal and Chelsea played on Sunday, not today.” 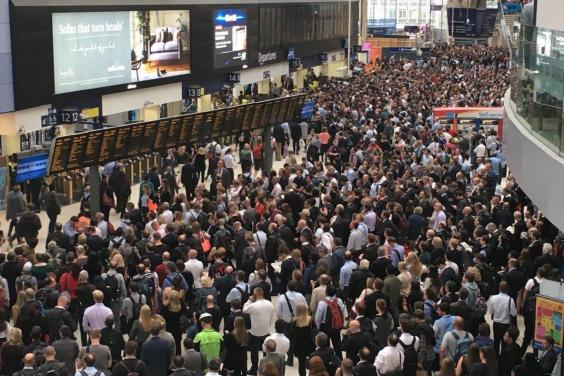 Kelly Smith, 28, from Guildford said: “They shut the main gate so no-one can get in. Inside it’s absolute madness, total chaos, there’s no organisation and no one knows what’s going on.

“The staff don’t have any information and you get sent in the wrong direction.”

Rail chiefs have urged passengers to consider taking a holiday, working from home or travelling earlier or later than normal while the project was under way. 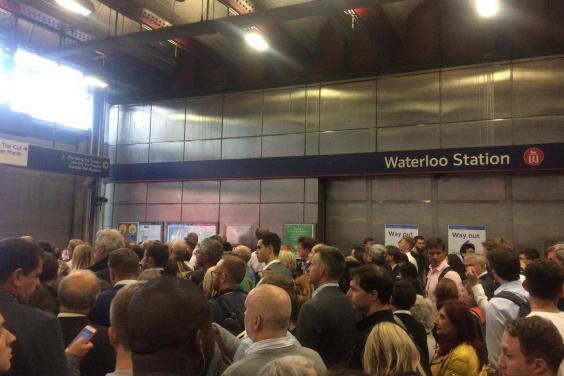 Events promoter Wayne Lewis, 45, who was trying to get home to Basingstoke said: “Not all of us can take three weeks off or work from home – I need to be in London to meet clients and it’s going to be absolute hell.

“People are shoving from all directions just to get on to the platform.”

Other passengers complained there was dangerous overcrowding as they tried to make their way from the underground to the main station.

Paul Mason, 41, from Surbiton, said: “It’s pretty dangerous actually. People coming from the Jubilee line are being taken on a one way system then through onto the closed platforms to get to the main station.

“There’s a really dangerous situation with overcrowding down there.”

Chris Richards, 43, a communications officer, added: “It’s been a shambles, they mentioned delays but no mention was made of shutting every entrance to the station but one. There are a lot of angry people penned in like sheep right now.” 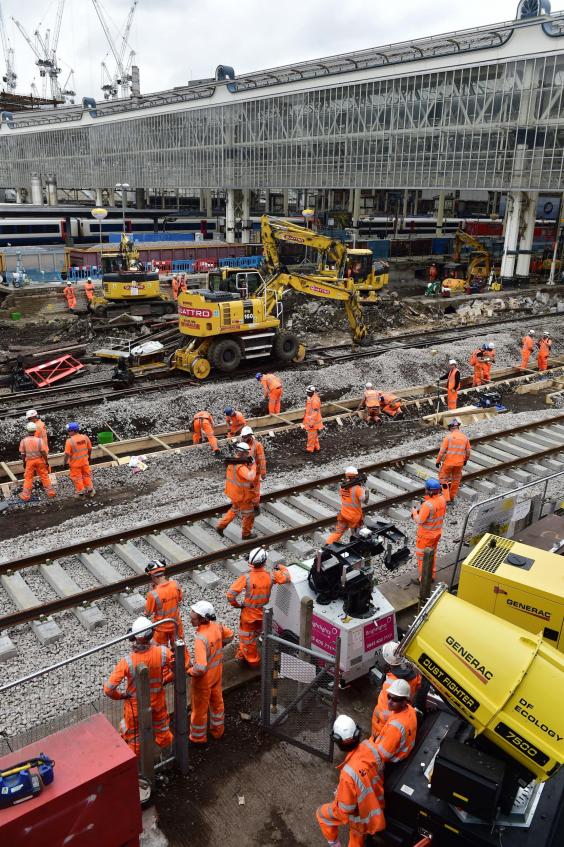 To ease pressure during the work, the old Eurostar platforms are being used for the first time since the cross-Channel train service relocated to London St Pancras in 2007.

Events manager Georgie Lyon tweeted South Western trains: “The fact that you’re running half a service (really badly) and yet the tickets are still full price is criminal.”

The work is part of a massive upgrade involving 1,000 engineers to increase capacity and is being carried out at the quietest time of the year.

Platforms will be made longer for new congestion busting carriages and will allow an extra 52,000 seats to be provided.

Mr Carne, the £675,000-a-year boss of NR, said the upgrade work had been planned with “military precision” and has staked his reputation on completion before summer holidays end in September.

Platforms 1-9 have been closed, while platforms 20-24 will temporarily open with limited services operating.

Throughout the works, London’s busiest stations such as Wimbledon, Earlsfield, Richmond, Clapham Junction and Vauxhall are expected to be busier while commuters travelling on the Northern line from Colliers Wood, Tooting Bec and Tooting Broadway have also been warned to expect delays.