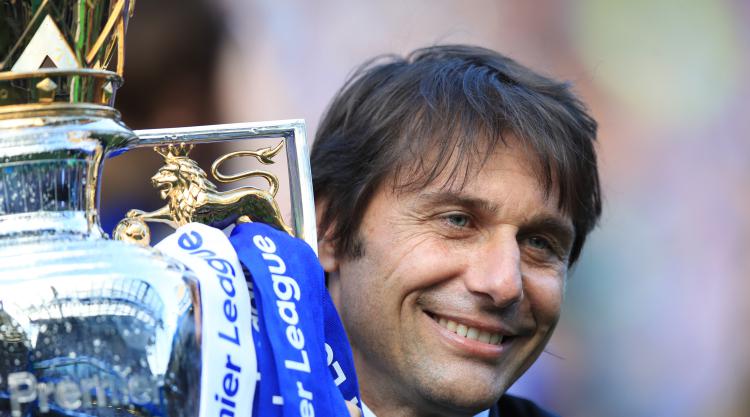 The Italian guided the Blues to the Premier League title in his first season at Stamford Bridge.

“I am very happy to have signed a new contract with Chelsea. We worked extremely hard in our first year to achieve something amazing, which I am very proud of. Now we must work even harder to stay at the top,” Conte said on the club’s official website.

Conte penned a three-year deal on his appointment last summer after leading Italy into the European Championships.

Press Association Sport understands the new contract represents improved terms for the Italian, but is not an extension.

Chelsea made the announcement as Conte and his squad headed out for a pre-season tour to Asia, which will feature matches against FA Cup winners Arsenal, Bayern Munich and Inter Milan.

Conte added: “The Chelsea fans have given me so much support since I arrived here one year ago and it is important we continue to succeed together.”

Under the guidance of Conte, 47, Chelsea recovered from a 3-0 defeat at Arsenal on September 24 to mount an impressive run of form which saw them produce 30 wins – as well as a club-record 13 consecutive league victories. However, they missed out on the double when losing to the Gunners in the FA Cup final at Wembley in May.

“This new contract reflects our belief that he can continue to deliver results both domestically and as we return to European competition in the Champions League.”

Last week, Chelsea announced the signing of midfielder Tiemoue Bakayoko from Monaco in a deal reported to have cost around Â£40million.

The arrival of the imposing defensive midfielder will add considerable power and energy to Conte’s side but raises further doubts about the future of Nemanja Matic, who has been linked with a move to Manchester United or Juventus.

Press Association Sport understands Matic and striker Diego Costa are set to miss the trip to Asia, which begins next week.

Costa apparently has his heart set on a return to Atletico Madrid, from whom he joined Chelsea in July 2014 for Â£32m.

Atletico, though, are currently banned from signing players and that would prevent Costa playing for them until January.

After missing out on a deal to bring former Blues striker Romelu Lukaku back to Stamford Bridge as the Belgian instead opted for a big-money move to United, Conte’s search for a frontman to succeed Costa looks set to go on towards the final few weeks of the summer transfer window.

Chelsea will play Arsenal on July 22 in Beijing and have games with Bayern Munich and Inter Milan in Singapore on July 25 and 29 respectively.