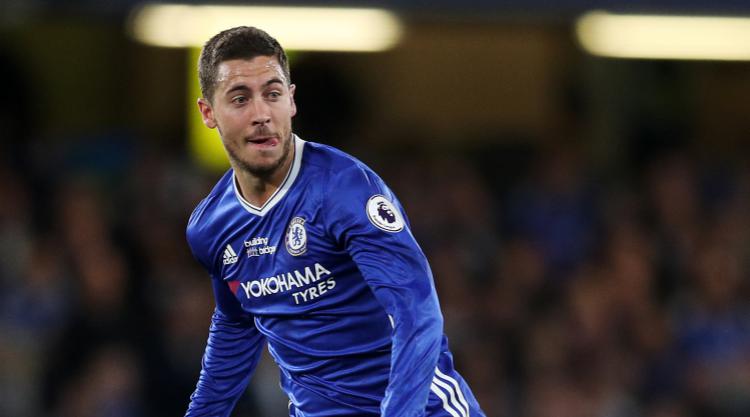 Chelsea boss Antonio Conte admits he was surprised to hear of Eden Hazard’s call-up to the Belgium squad.

Blues winger Hazard is yet to play this season having been sidelined since suffering a fracture to his right ankle while on international duty in June.

Nevertheless, Belgium coach Roberto Martinez has called up his skipper for the forthcoming World Cup qualifiers against Gibraltar and Greece.

Conte said: “I only knew 20 minutes ago and for sure I’m a bit surprised by this decision.

“I was a coach of the national team with Italy so I respect the decision of the coach.

“If Hazard isn’t ready he will not play, it’s why he doesn’t play with us.”

Hazard was due to play for Chelsea’s under-23 side on Friday to build up his fitness, and is not expected to feature against Everton on Sunday.

“I see him every day, in this situation it’s very important to give the right time to players to recover,” added Conte.

“Also he is a very important player for us. If someone thinks to accelerate the process it is not the right way.

“It’s a big mistake, in this moment we must pay great attention and not make any mistakes.”

Chelsea remain in the market to add to their title-winning squad but Conte refused to be drawn on their reported interest in Swansea striker Fernando Llorente.

Instead the Italian insisted that, should the Blues draw a blank in their bid to bring in new faces, he would be satisfied with the squad at his disposal.

“I don’t like to speak about players from other teams, it’s a lack of respect,” he said.

“For me it is very important to continue to work and improve with my players on the pitch.

“For sure, the club is trying to strengthen our squad, our team, they are working very hard to do this.

“We have to continue to work, also if we continue to stay with these players I am very happy.

“My focus is only on the pitch, then there is the club. The club is working hard and we will see what happens at the end of the transfer market.”

However, Conte’s concerns about the size of his squad were evident when asked about the potential departure of young wing-back Kenedy, who has been linked with a loan move to Newcastle.

He said: “In this case, for now, it’s important to wait, because we are in the market to try to improve our squad, that means we need players, not to sell.”

The Football Association announced on Friday afternoon that Kenedy had been issued with a warning regarding social media posts he published during Chelsea’s pre-season tour of China.

The warning will stay on his record and a similar offence in the future will trigger a charge.