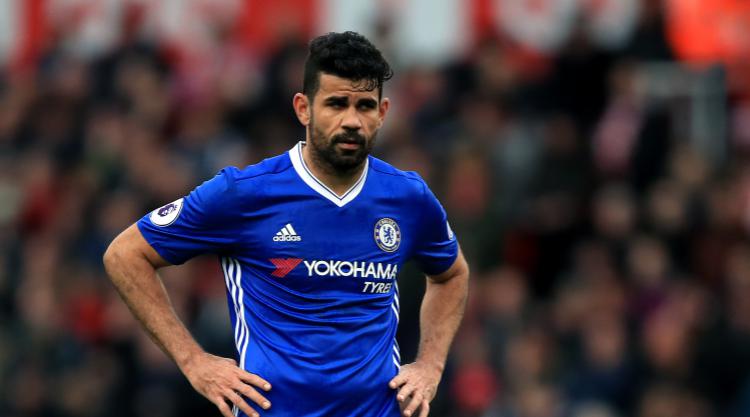 Chelsea manager Antonio Conte says Diego Costa was told in January he was not part of the club’s plans.

The 28-year-old Brazil-born forward has not travelled with the Blues squad for the pre-season tour of Asia, where they will play Arsenal in a friendly at the Bird’s Nest Stadium on Saturday before heading to Singapore.

Costa is reported to be keen on a return to Atletico Madrid, although the Spanish club are currently banned from completing the signing of players until January 2018.

Last season, Costa had a spell out of the side amid speculation over a big-money move to China and disagreements over his recovery from a back problem.

When the Spain international returned to the starting XI for the home win over Hull on January 22, scoring the opening goal in the 2-0 victory, Conte said Costa “wants to stay at Chelsea” and was “very happy to play with us” with the idea of a transfer ” far from his mind”.

Costa went on to help Chelsea lift the Premier League title and also scored in the FA Cup final defeat to Arsenal at Wembley.

However, during international duty with Spain, Costa subsequently revealed he had a text message exchange with the Italian coach which made it clear his future was to be away from Stamford Bridge.

Conta, though, said on Friday he had clarified his position on the player at the start of the year.

“I don’t to like to talk about players that don’t stay here, but the only thing I can tell you (is) in January, the Costa situation was very clear, for the club, for him and his agent. For me the situation is closed,” the Chelsea boss said at a press conference in Beijing .

Chelsea are close to completing the £60million transfer of striker Alvaro Morata from Real Madrid.

Morata was reportedly a transfer target for Manchester United until their recruitment of former Blues striker Romelu Lukaku, but has now travelled to London to finalise a move to the Premier League champions.

Italian Conte briefly worked with Morata when at Juventus and believes the 24-year-old – who scored 20 goals for the Spanish side last season as Real won both the LaLiga and Champions League – can bring something different to the Chelsea frontline.

“We have added a fantastic striker, even at a young age he has won a lot already and we are looking forward to welcoming him to the squad,” Conte said.