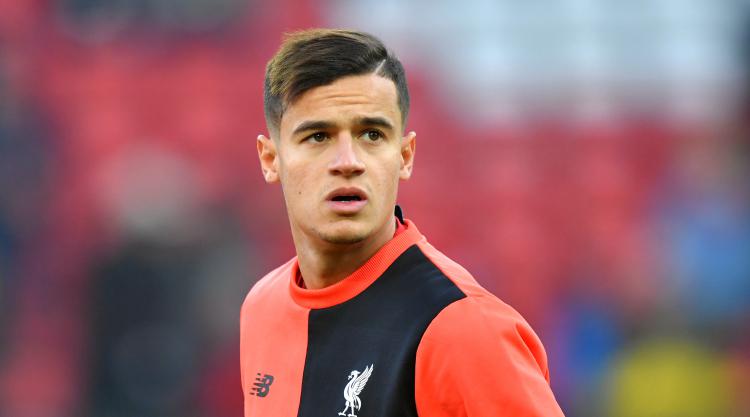 PHILIPPE COUTINHO will be considered for Liverpool’s trip to Manchester City on Saturday, reports the Daily Mail. The Brazilian has yet to appear for the Reds this season because of an apparent back injury and has been heavily pursued by Barcelona, who saw three bids rejected.

The Telegraph claims FRANK DE BOER has just one more game to save his Crystal Palace job. The paper reports that talks have been held between De Boer and Palace chairman Steve Parish after the club lost all three of their opening Premier League games of the season without scoring a goal.

Former England winger ASHLEY YOUNG wants to stay at Manchester United for one more year, according to the Sun. Young is out of contract next summer and has a 12-month extension option in his contract but he faces only being used as a squad player. Manager Jose Mourinho is expected to tell him he can move on and will not block any move that will see him get more regular first-team football.

Arsenal’s ALEXIS SANCHEZ has been branded “fat” by his former Chile coach Jose Sulantay, according to the Daily Mirror. The paper also reports that he is doubtful for the Gunners’ home game against Bournemouth on Saturday and may be left to work on his fitness. Meanwhile, the Daily Mail reports that Manchester City will offer just £20million for his services in January after a £70m move in August failed materialise.

Ukraine winger YEVHEN KONOPLYANKA claims Stoke tried to sign him from Schalke over the summer, according to the Stoke Sentinel. Konoplyanka has long been a target for Mark Hughes, who also tried to sign him in 2015, and was again pursued by the Potters before regaining his place in the Schalke team after the sacking of Markus Weinzierl.

IVAN MARCANO: The Porto defender is being eyed up for a January move to Everton, the Daily Mail reports.

NATHANIEL CLYNE: The Liverpool right-back might not return until December at the earliest after sustaining a back injury, according to the Liverpool Echo.

BEN WOODBURN: The Wales and Liverpool forward is set to be given a new long-term contract at Anfield when he turns 18 next month, writes the Guardian.