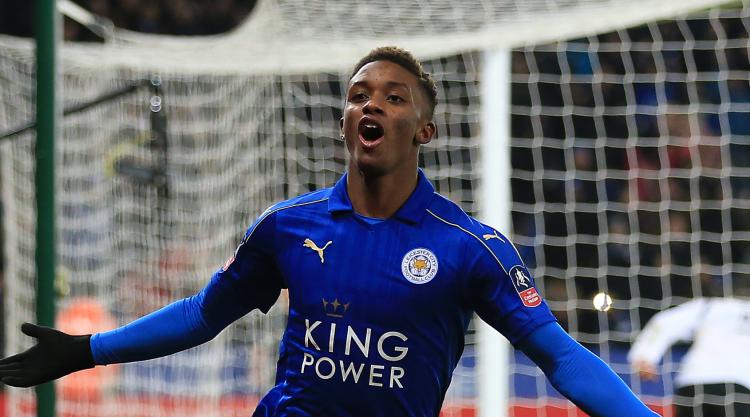 Leicester boss Craig Shakespeare has held talks with Demarai Gray over his future and wants the winger to stay.

The 21-year-old has expressed his frustrations at his lack of action at the King Power Stadium with Everton reportedly ready to take him to Merseyside.

He has started just 10 Premier League games for Leicester since joining from Birmingham 18 months ago and has struggled to replace Riyad Mahrez or Marc Albrighton.

Shakespeare insisted the Foxes are yet to receive any offers for the wideman and with Mahrez wanting to leave the club, the manager has already told Gray he wants to keep him.

“We’ve had those conversations,” Shakespeare said. “I understand the frustration of young players expecting and wanting more time.

“But on the other hand they have to be respectful of their team-mates and who is in front of them.

“Hopefully he can get more game time. He’s a player of huge potential who is rated very highly here among the coaching staff and his own players.

“He’s a young lad and I understand the frustrations but hopefully this season we will see him playing more.”

Gray was England Under-21s’ two-goal top scorer as they reached the semi-finals of Euro 2017 last month and impressed after starting the tournament on the bench.

Leicester are in Austria this week before travelling to Hong Kong at the weekend and the club will make a decision whether Gray and Ben Chilwell will join them following their Euro 2017 exploits.

“Dimi and Ben Chilwell are the only ones we’ve given a longer length of time to.

“We just need to work out whether it’s better to fly them straight to Hong Kong or whether they come here and use the fitness testing around here rather than fly them out there to acclimatise for two days.

“They wouldn’t really be doing a lot so we’ll have a look at that and assess it.”