Cristiano Ronaldo has arrived at a Spanish court accused of tax fraud worth £13.1 million.

The Real Madrid footballer appeared at Pozuelo de Alarcon Court on the outskirts of Madrid on Monday morning.

Last month, a prosecutor said the Portugal forward of had used shell companies outside Spain to hide income made from image rights.

The accusation does not involve his salary from Real Madrid. 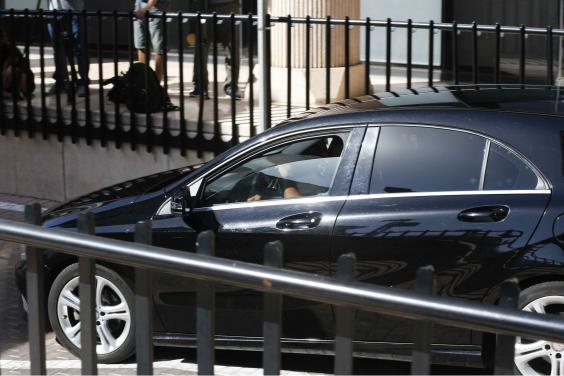 Ronaldo has denied the claims.

The prosecutor alleged that Ronaldo used what lawyers deemed a shell company in the Virgin Islands to “create a screen in order to hide his total income from Spain’s Tax Office”. 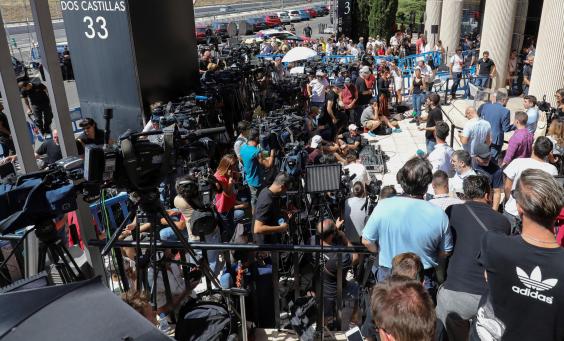 Media interest: Journalists and photographers gather outside the court (REUTERS)

He added that Ronaldo falsely claimed the income as coming from property, which “greatly” reduced his tax rate.

The prosecutor also said that Ronaldo did not declare income of 28.4 million euros (£25.4 million) made from the cession of image rights from 2015-20 to another company located in Spain.

Ronaldo’s agency, Gestifute, said he was up to date on his taxes and that he had maintained the same financial planning in Spain that he had while playing for Manchester United before joining Madrid in 2009.

Hordes of journalists were pictured outside the building’s main door as the footballing star used a back entrance.

The private session is closed to the public.