Tributes have been paid to a “kind and beautiful” teacher who was killed in a brutal hammer attack at her home in south-east London.

Florina Pastina, 36, died in hospital after she was attacked with a hammer at an address in Croydon early on Wednesday morning.

Police raced to the scene in Alpha Road shortly after 7am where they found Ms Pastina and a 25-year-old man, who had also suffered injuries.

Doctors battled to save her but she did in hospital in the early hours of Friday, Scotland Yard said.

In a statement, her family said: “We are heartbroken at the loss of a much loved sister and friend, who was a well-respected teacher. Such a beautiful and kind person, who had so much more to give.” 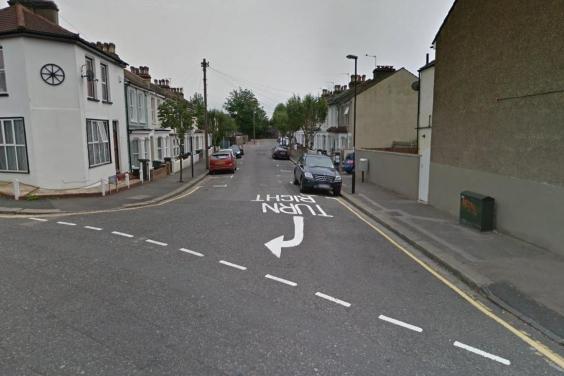 The scene of the attack in Alpha Road, Croydon (Google)

Close friend Monica Santaella told the Standard: “My heart is broken to know what happened to one of the most sweet and good people I have ever met.

“I met Florina four years ago, l had the pleasure to spend three years working with her, she was one of the first friends l had in London.

“She was a cat lover, she loved them more than everything, she was always happy, sweet, modest… pure love with everyone, one of the strongest people I have ever met.

“I still can’t believe she’s gone. I will always feel blessed to have been part of her life.

“She left a lot of people who always will miss her and remember her smile. “

Another friend, named Violeta Negru, said: “She is my best friend I’m so disappointed this is happened I still cannot believe it.”

A heart-felt tribute written on her Facebook page said: “You were and you will remain the same girl with the smile of the year.

“Great pain and suffering is (in) our souls. We will never forget you.”

The 25-year-old man who was also injured in the assault was taken to hospital with non-life threatening injuries and has since been discharged.

A 34-year-old-man was arrested at the scene on suspicion of attempted murder.

He suffered non life-threatening injuries and remains in hospital.

All three are believed to be known to each other while the hammer used in the attack was found at the scene.

Detective Chief Inspector Noel McHugh, of the Met’s Homicide and Major Crime Command, said: “I am particularly keen to hear from any neighbours or people who passed through Alpha Road at the time of the incident who may have seen or heard something that could assist with our investigation.

“Any piece of information, however small, will help my team build a picture of events that tragic morning.”

Any witnesses or anyone with any information is asked to call the Met’s Homicide and Major Crime Command by dialling 101 or call Crimestoppers anonymously on 0800 555 111 or online at crimestoppers-uk.org.