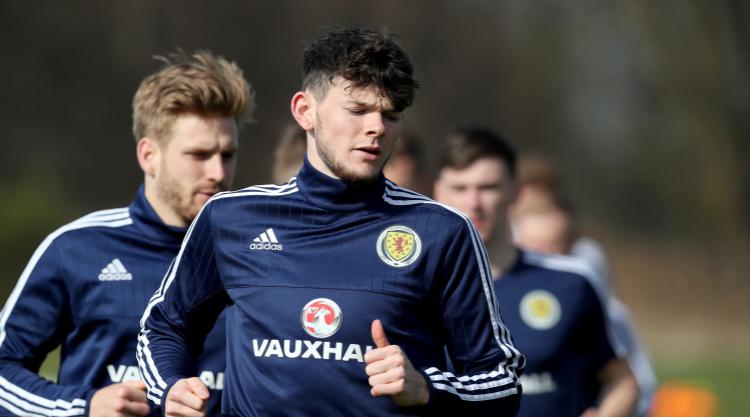 The former Nottingham Forest winger, 20, has been linked with a move back to England after a year with German side RB Leipzig.

De Boer is still looking to reinforce his squad before the transfer window shuts, and could certainly do with another wideman as Wilfried Zaha faces a spell on the sidelines.

He said: “We only want players who can really contribute to the squad.

“You’re not going to throw money away, it has to be a quality player who can directly fit into the way we are playing and he has to be 100 per cent fit.

“He (Burke) is a very young, promising Scottish player. He’s from Great Britain so it’s always interesting to see those kind of players.

“He’s still very young, maybe, but we are also focusing on other players.”

Zaha suffered a knee injury during the 3-0 defeat by Huddersfield last weekend and was initially expected to be ruled out for a month.

De Boer could not put a time frame on the Ivory Coast international’s return, although he is definitely out of Saturday’s trip to Liverpool.

“That’s very negative news for us and everyone who loves Crystal Palace. He’s a very important player for our team. We have to deal with it and others have to stand up.

“Wilf’s a very robust player and he’s very keen to be fit again. He played the full 90 minutes despite suffering the injury 30 minutes earlier.

“I don’t know really, it’s very difficult to say how long it’s going to take, we have to wait.”

Palace are looking to bounce back from their disappointing opening-day reverse, and de Boer is confident they can quickly get that performance out of their system.

“We analysed the game quite well, training has been sharp and hopefully the negative influences of a 3-0 loss have gone away,” he added.

“In the last three seasons Palace have had positive results at Liverpool. But they have started the season with one point and at Anfield they will want to get three.”