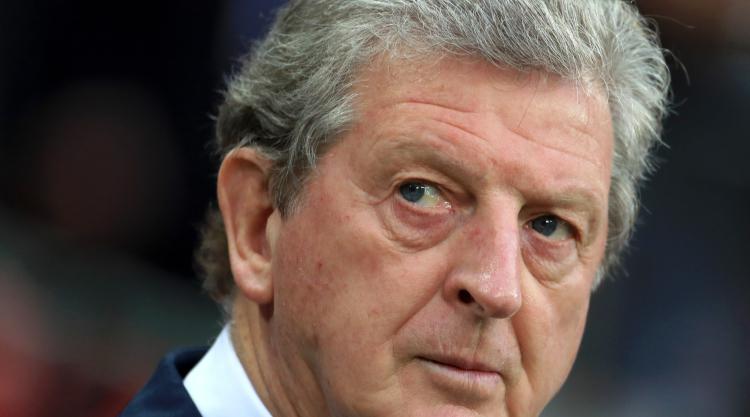 Crystal Palace are preparing to appoint Roy Hodgson as manager after sacking Frank de Boer while Sam Allardyce ruled out a potential return to the club.

De Boer departed on Monday, only 77 days into a three-year contract, after Palace became the first team in England’s top division to lose their opening four league fixtures without scoring since Preston 93 years ago.

Press Association Sport understands Hodgson is in talks to accept his first job in management since resigning from the England post after Euro 2016.

The 70-year-old was also approached when Allardyce was appointed to succeed Alan Pardew last December, and is expected to return to oversee Saturday’s home match with Southampton.

Allardyce, who resigned from Palace in May, had already spoken to the club’s chairman Steve Parish regarding the vacancy.

“I spoke to Steve late this afternoon and said, for me, I wouldn’t be ready to come back,” he told Sky Sports.

“I wouldn’t be comfortable at this moment in time taking a position as a football manager. I’m enjoying my life too much at this moment, watching everyone else have the weight of pressure, and there’s certainly huge pressure as we’ve seen with Frank going so early.

Palace’s board had acted after losing confidence in the 47-year-old De Boer’s ability to improve results ahead of a run in which Huddersfield, Manchester City, Manchester United and Chelsea follow Southampton.

While De Boer’s time at the south London club remains longer than the shortest term for any Premier League manager – Les Reed’s 40 days at Charlton, followed by Rene Meulensteen’s 75 at Fulham – he oversaw two fewer games.

Palace produced an improved performance in Sunday’s 1-0 defeat at Burnley but previous losses to Huddersfield and Swansea did little to inspire optimism. De Boer’s only victory came over Championship side Ipswich in the Carabao Cup.

“We would like to thank Frank for his dedication and hard work during his time at the club.

“A new manager will be appointed in due course and we wish Frank the very best of luck for the future.

“There will be no further comment at this time.”

Hodgson last worked in the Premier League with West Brom in 2012, before leaving to become England manager. A year earlier he had inspired them, as he did with similarly relegation-threatened Fulham in 2007/08, to survival.

Between his time at Fulham and West Brom, Hodgson also had an unsuccessful spell at Liverpool that lasted only six months.

Born in Croydon, Hodgson spent three years on Palace’s books as a young defender in the 1960s before leaving without making an appearance. His return would essentially bring his career full circle, in what could prove his last job.