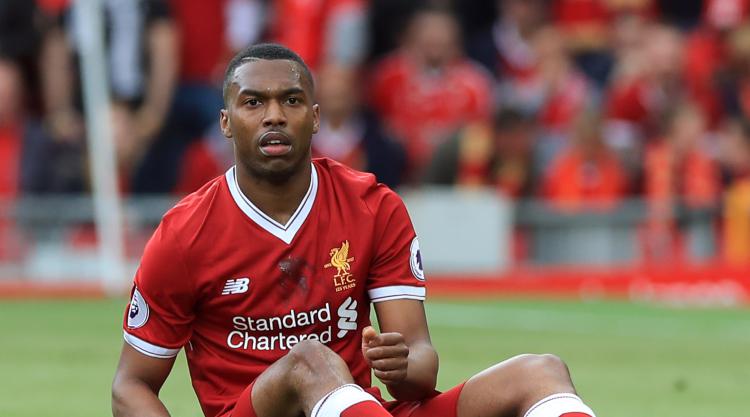 Striker Daniel Sturridge will miss Liverpool’s Audi Cup final against Atletico Madrid at the Allianz Arena after an injury scare.

The 27-year-old was substituted as a precautionary measure having sustained a thigh problem when scoring in Tuesday’s 3-0 win over Bayern Munich.

Sturridge will not feature on Wednesday night but the club have not been ruled him out of any other games, with the Reds due to face Athletic Bilbao in Dublin on Saturday.

“Sturridge will be treated at the club’s training base in Rottach-Egern today and the issue will continue to be monitored, although there are currently no plans for a scan to take place in Germany,” said a Liverpool statement.

After the win against Bayern, manager Jurgen Klopp said he hoped Sturridge’s injury was not serious but the player himself was more upbeat.

“It’s just a little bit of tension kicking off,” he said in his post-match television interview.

“I’ve done a lot of running and a lot of work. We train on the morning of the games. I think it’s just a bit of fatigue to be honest. I’ll be okay.

“I’m feeling great, I’ve put in a lot of work, I trained a lot in the summer in LA. I haven’t missed many sessions here, they’re looking after me, we have done triple sessions and things like that.

“I’ve trained nearly every session. I’m feeling the best I’ve felt for a little while and I’m looking forward to the season and hopefully we can have some success.”

Sturridge made 27 appearances for Liverpool last season but still had a number of niggling injuries, an issue which has plagued his four-and-a-half years at Anfield.