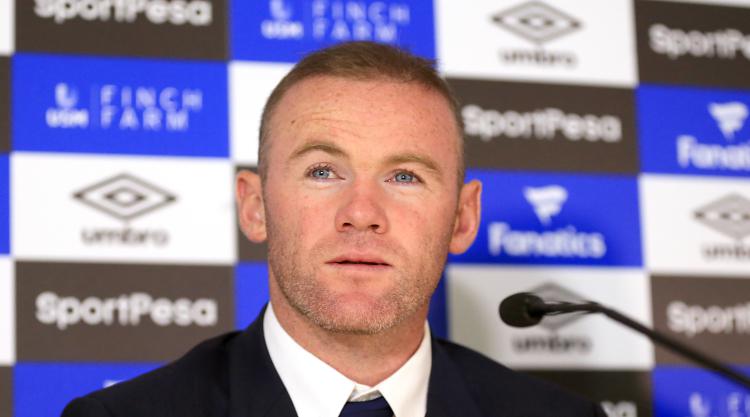 Everton youth coach David Unsworth believes every player at Goodison Park can learn from Wayne Rooney and not just his World Cup-winning tyros.

Rooney has rejoined his boyhood club after 13 hugely successful years with Manchester United and scored the first goal of his second spell on Everton’s pre-season tour of Tanzania on Thursday.

Unsworth, who also returned to Everton as a player, is now head coach of the club’s Under-23 team which won the Premier League 2 title last season and provided five players to England’s victorious Under-20 World Cup squad.

Everton, who finished seventh in the top flight last season, have been on a spending spree this summer, shelling out more than £70million on goalkeeper Jordan Pickford, defender Michael Keane and midfielder Davy Klaassen, b ut it is Rooney’s free transfer that has attracted most attention.

Speaking to Press Association Sport, Unsworth said: ” First and foremost, Wayne has got so much to offer as a player but he’s also a winner.

“S o if any Everton player, not just the young players, isn’t benefiting from playing and training alongside him, well, they’re not tapping into that winning mentality.

“He’s a terrific player and he’s won everything. Everybody should tap into Wayne, not just the young players.”

Unsworth, 43, has coached Everton’s best youngsters for the last four years – a time that has seen several home-grown talents progress to the first team.

But the club has also invested in emerging talent from the English Football League, bringing in Ademola Lookman from Charlton and Dominic Calvert-Lewin from Sheffield United, both of whom now have World Cup winners’ medals.

” New signings raise the bar. We’ve got a lot of talent but they know now that they’ve got to be even better,” said Unsworth.

” It’s a great time to be an Evertonian. We’re signing top players, w e’ve got a new owner, a new board, a brilliant chairman and the promise of a new stadium. It’s fantastic.”

The success of Everton’s academy is clear but there are still wider questions for the English game about what happens to these young talents when they need to start playing senior football.

Unsworth, however, rejects the idea that this summer’s signings will block his academy graduates’ chances of impressing manager Ronald Koeman, as the likes of Tom Davies and Mason Holgate have proved in recent seasons.

“They will get the opportunity somewhere along the line, be it in a game or training,” he said.

“Ronald has taken a lot of the young players on tour with him to Tanzania and then onto Holland. So that’s up to them, the bar has risen and they will have to go up a level. It’s a great challenge.”

Looking ahead, Unsworth said Everton’s youth policy would be to continue to develop the best talent from the “hotbed” of the north west, while scouring the world to “fill holes in their depth charts”.

He also said clubs were being “more patient” with young players now as the average age of a Premier League debut heads towards 23.

“Five or six years ago we might have released an 18 or 19-year-old but I think we might keep them longer now,” he explained.

“We’ve got to treat every individual with potential as a separate case. Maybe get them out on loan, then bring them back, and tier the loans so they go to League Two, One, Championship.

“(But) Tom Davies didn’t go on loan. Matty Pennington started at Tranmere, went to League One, then the Championship. Mason (Holgate) came in from the Championship. So there are different pathways for different players. What we’ve got to do is keep them in our system for as long as we can.”