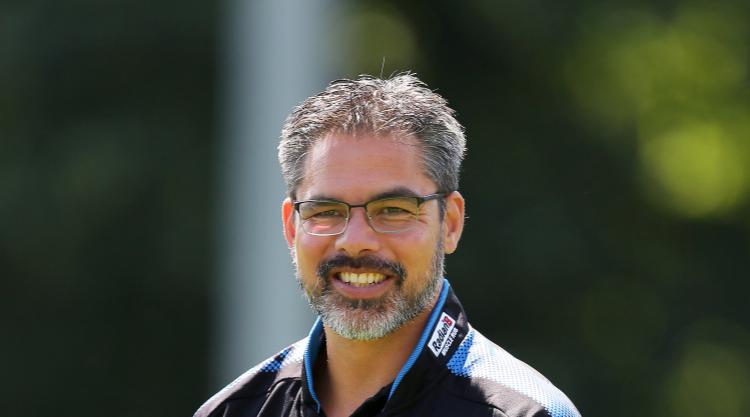 Huddersfield boss David Wagner feels there is nothing wrong with there being a rising sense of expectation around the club – but is amused by the suggestion they are favourites for Sunday’s match against Newcastle.

The Terriers head into what will be their first ever Premier League home game having last week made a hugely impressive start to their first top-flight campaign since 1971-72, winning 3-0 at Crystal Palace.

“We were very happy with our start and we are now very excited to have the first Premier League home game in the club’s history in front of us.

“We will prepare as good as we can to cause Newcastle some problems.”

But Wagner also emphasised that Newcastle – beaten 2-0 at home by Tottenham last Sunday – are “an opponent with a lot of experience, quality and a fantastic manager (Rafael Benitez)”.

And when it was put to him that Huddersfield were being tipped as favourites for the meeting with last season’s second-tier champions, Wagner laughed as he said: “We are favourites? Who is saying this? Crazy world – Huddersfield Town favourites in a Premier League game!”

He added: “This game is totally open, and that is a good thing, because it means we have a chance.

“It is the perfect scenario for us – we play a Premier League game at home and we have the feeling we have a chance. Not an extraordinary chance, but a chance.

“We don’t ask for more than to have a chance before kick-off. Then, after the kick-off, we have to deliver. That is the most important thing.

“We have seen we are able to be competitive – we were in the last game, and hopefully we can show this again on Sunday against Newcastle as well.”

Wagner also gave a smile when he was asked about the comments Huddersfield record signing Steve Mounie had made last week after marking his competitive debut with a brace against Palace.

The 22-year-old Benin striker had spoken about trying to emulate his “idol” Didier Drogba.

And Wagner said: “He played a very good game. He did his job – he scored two goals. Hopefully he is able to confirm this performance not only on Sunday but over the whole season.

“He is a very good character, a very calm boy who really likes to work.

“But Didier Drogba and Steve Mounie in one sentence? This is not the time to bring both names into one sentence!

“Hopefully there will be the time that this is the right thing, but not at the minute.”