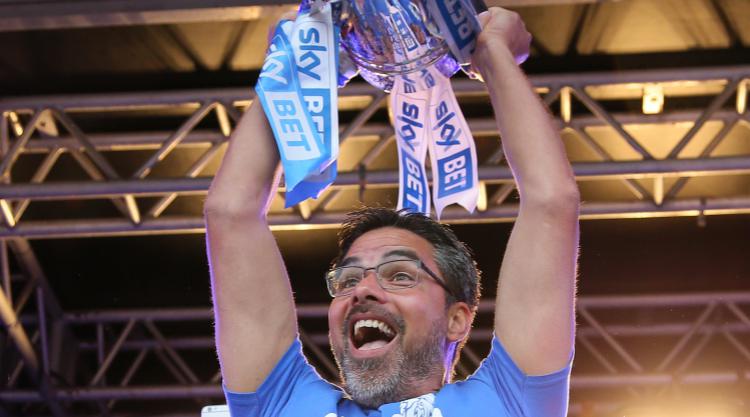 The German pair have been rewarded with improved deals after guiding the club to promotion to the Premier League for the first time in their first full season at the John Smith’s Stadium.

Wagner declared his intention to stay at Huddersfield via his agent Marc Kosicke earlier this month following approaches from a host of clubs in England and Germany.

“Head coach David Wagner and assistant head coach Christoph Buehler have reaffirmed their commitment to Huddersfield Town after signing new contracts at the club,” the Terriers announced on their official website.

“David and Christoph have put pen to paper on new contracts that will run until the summer of 2019 ahead of the club’s first ever Premier League campaign.

“The pair, alongside Town chairman Dean Hoyle, will hold a press conference to discuss their new contracts at PPG Canalside from 10am (on Friday) morning.”

Wagner’s stock has risen sharply since he and Buehler left their roles with Borussia Dortmund reserves to become shock appointments by Terriers owner Hoyle in November 2015 following the departure of Chris Powell.

Both Wagner, 45, and Buehler, 43, signed new undisclosed contracts in June last year and Hoyle has moved again to keep them following their stunning success.

Town won promotion to the top flight for the first time in 45 years last month on one of the lowest playing budgets in the Sky Bet Championship via their penalty shoot-out win against Reading in the play-off final.

Wagner pledged his commitment to Huddersfield in December last year after interest from Bundesliga clubs Wolfsburg and Ingolstadt. He had also been linked with the vacancy at Aston Villa in October last year and with Derby in March.

The Terriers were 18th in the Championship when Wagner arrived and after steering them clear of relegation at the end of the 2015/16 season, he drafted in 13 new players last summer.

As Town’s transformation last season from also-rans into genuine promotion contenders took shape, Wagner distanced himself from vacancies at various other clubs, including Leicester, West Ham and former club Dortmund.

Huddersfield made their first summer signing last week with the arrival of Belgium international striker Laurent Depoitre from Porto for a club-record fee, believed to be £3.5million.

Town hope to complete a reported £10million deal to turn midfielder Aaron Mooy’s season-long loan from Manchester City into a permanent move and are expected to smash their transfer record again with the capture of Benin international striker Steve Mounie from Montpelier.