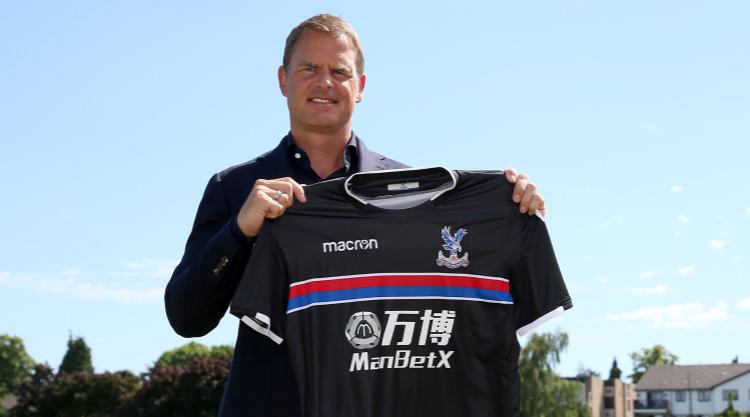 New manager Frank de Boer will take a good look in Crystal Palace’s “own kitchen” before deciding where to further strengthen the squad.

Holland goalkeeper Jasper Cillessen is another reported target, said to be on a loan deal from Barcelona where he has not been able to oust number one Marc-Andre Ter Stegen.

De Boer has been running the rule over the Palace squad at a training camp at St George’s Park before stepping up preparations for the pre-season campaign, which kicks off at Maidstone United on Saturday and will include several players from the under-23s squad.

The Dutchman, a graduate of the Ajax academy, is determined to bring some of the Eagles’ own talent through before splashing out on fresh resources.

“If you want to buy other players, first you have to look in your own kitchen and we have some talented players,” De Boer said on the official Crystal Palace website.

The Dutch coach, who took over following Sam Allardyce’s sudden departure earlier in the summer, added: “People (at Palace) are very nice, very helpful and really want to make something good out of it.

“Also the players, they are giving 100 per cent in every training (session), it is good to work, so I have nothing to complain about right now.

“It is more about getting the (fitness) load into their body, then next week we will go to more shorter games and the intensity getting higher and higher.

“That is our build-up and in between we are hopefully going to modify our system better and better.”

Loftus-Cheek will be part of a 25-man squad which heads out to Hong Kong next week to take part in the Premier League Asia Trophy, a tournament which also includes Liverpool, Leicester and West Brom.

Christian Benteke was top-scorer last season, impressing in the team’s late run of form which saw the Eagles climb away from the relegation zone with victories over the likes of Chelsea, Arsenal and Liverpool before thumping Hull 4-0 in their final home match to send the Tigers down.

The Belgian forward is relishing the chance to adapt to a different approach under De Boer.

“Sam Allardyce was more about going directly to the opponents’ side. With Frank it is more (of) the same, but he wants to be dominant on the ball and even without the ball, s o he wants to play more and keep the ball and go forward,” Benteke said in an interview with French broadcaster SFR Sport.

Asked if De Boer was out to bring in a ‘Total Football’ approach to the south London club, Benteke added: “Of course because it is in their DNA. They (Dutch players and coaches) will always believe in it.”