A California radio station’s decision to axe an event by Richard Dawkins over his comments criticising Islam has been slammed by his supporters.

KPFA radio, based in Berkeley, had invited Professor Dawkins to speak at a benefit event on August 9 in which he was due to discuss his latest book.

But the outspoken atheist’s talk was cancelled when organisers discovered that he had posted “offensive” tweets criticising Islam.

Activists hit out after his show was cancelled, saying: “Islam is no different from criticism of Christianity or Judaism” and claimed “double standards should not be applied”. ​

The International Conference on Freedom of Conscience and Expression, which describes itself as the largest dedicated gathering of ex-Muslims in history, issued a statement on Tuesday morning which read: “They have applied a hypocritical double standard in cancelling his appearance in Berkeley, and have disappointed the large numbers of people who had bought tickets to hear him. 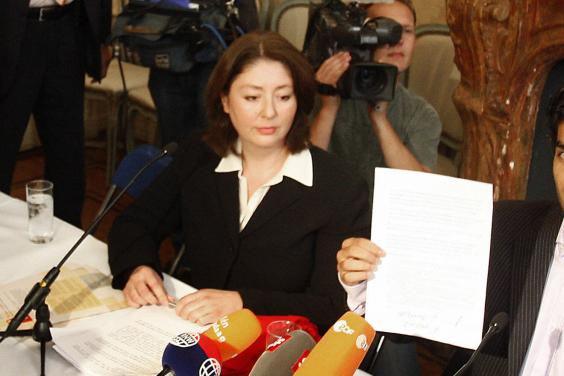 Maryam Namazie, who leads the International Conference on Freedom of Conscience and Expression (Koen Suyk/AFP/Getty Images)

“Given that most of the speakers and delegates at our conference are Islam’s apostates, many from countries where the legal penalty for apostasy is death, we find it necessary to remind KPFA that criticism of Islam is no different from criticism of Christianity or Judaism.

“Criticism of religious ideas as well as violent religious political movements isn’t bigotry but integral to free conscience and expression and vital for human progress.”

Professor Dawkins learned his speech was cancelled via an email which read: “We had booked this event based entirely on his excellent new book on science when we didn’t know he had offended and hurt – in his tweets and other comments on Islam – so many people.

“While KPFA emphatically supports serious free speech, we do not support abusive speech.

“We apologise for not having had broader knowledge of Dawkins’s views much earlier.”

This weekend, the God Delusion author spoke out against the KPFA’s decision at a talk given at the conference, where other secularists such as AC Grayling also spoke alongside ex-Muslims and described how they had been attacked for leaving or criticising Islam.

Prof Dawkins said he had criticised “vile Islamism” and “the appalling homophobia and misogyny of Islam” but that this was not the same as bigotry against people who follow the faith.

He branded the snub “a badge of honour” and said he was “proud to be deplatformed by these ridiculous people”.

He said in an open letter to the station: “Far from attacking Muslims, I understand – as perhaps you do not – that Muslims themselves are the prime victims of the oppressive cruelties of Islamism, especially Muslim women.”

Some users have hit back at his views with one user writing: “Richard Dawkins is an Islamophobic right winger. He is destroying atheism.”

Dawkins had another invitation to speak cancelled last year over a re-tweet of a video entitled “Feminists Love Islamists” which was described as “highly offensive” by organisers.