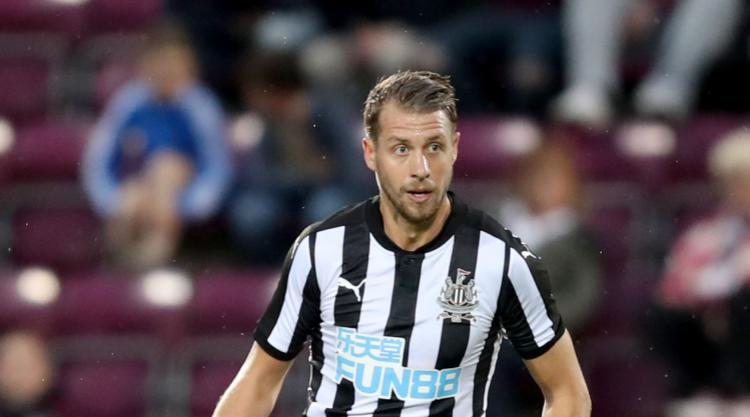 Newcastle defender Florian Lejeune is facing weeks on the sidelines after being injured in a challenge by England striker Harry Kane.

The Magpies have confirmed that the Frenchman, an £8.7million summer signing from Spanish club Eibar, suffered ankle ligament damage in the incident during Sunday’s 2-0 Premier League defeat by Tottenham.

Kane was booked for the fist-half tackle, but Newcastle boss Rafael Benitez later claimed the frontman should have been sent off.

The Spaniard’s disappointment has deepened with the news that fellow defender Paul Dummett, who had earlier limped off with a hamstring problem, is also likely to be missing for some time.

A club statement said: “Newcastle United have confirmed that defenders Florian Lejeune and Paul Dummett will be out of action for a number of weeks.

“Both players were forced off with injuries during the first half of Sunday’s Premier League defeat to Tottenham Hotspur at St James’ Park.

“Dummett limped off with a hamstring injury after just seven minutes, before Lejeune – making his Magpies debut – sustained ankle ligament damage during a tackle by Harry Kane.

“Assessments by the club’s medical staff are continuing in order to establish the full extent of their injuries, but both players are expected to be out for weeks, rather than months.”

Newcastle face Huddersfield, who were also promoted from the Sky Bet Championship last season, in their second top-flight fixture on Sunday.