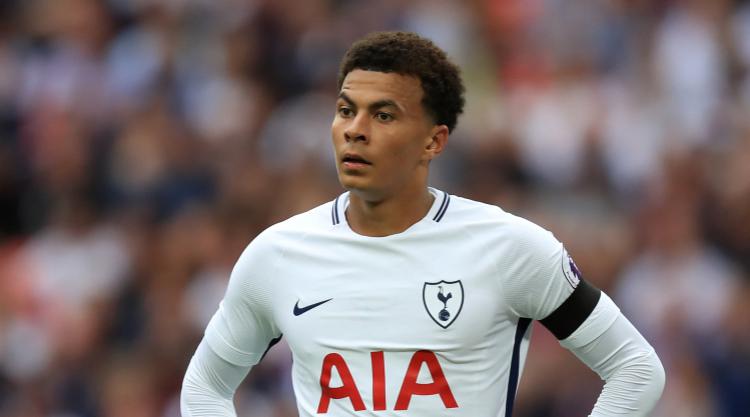 Dele Alli is not worried about Tottenham’s Wembley struggles and hopes it will soon become a “fortress” for Mauricio Pochettino’s men.

Having ended their final campaign at White Hart Lane unbeaten in the Premier League, life at their temporary home began with a chastening defeat to rivals Chelsea.

That loss was compounded by Sunday’s draw at home against Burnley, although Pochettino was quick to dismiss talk of a ‘Wembley curse’ after Spurs’ record at the new ground extended to just one win in their last 11 matches there.

Alli echoed his manager’s sentiments ahead of lining up there for England in Monday’s World Cup qualifier against Slovakia, with the attacking midfielder confident things will soon turn around.

“Obviously it a different set of fans, but both sets of fans are fantastic,” he said, comparing the difference between playing at Wembley for club and country. “I don’t think it is too much different.

“I think both teams, for Tottenham and for England, we need to make the place a fortress, we need to do as well as we can.

“I think at Tottenham and England we have been playing very well, but more so at Tottenham the results haven’t quite been going our way yet but I think there’s no need to worry.

“I think if we were playing poorly, then it would be something to worry about.

“But we’re playing very well, there’s just a few things we need to tighten up on and we’ve been punished for a few, small errors and switching off at the wrong times in the later stages of the game.

“It is important that we work on that and keep improving, but I think the results will be coming soon.”

The attacking midfielder is one of four Spurs players in the England squad, along with Kieran Trippier, Eric Dier and Harry Kane.

Alli has bonded impressively with the latter on the field – “when you play with each other as much as we do, it is sort of a natural thing that happens,” he said – and off it with Dier.

The pair have become close friends during their time in north London and Dier has spoken glowingly of Alli’s talents, namely the confidence he takes into matches.

“Maybe he didn’t mean it in a nice way,” he said with a laugh, speaking to radio broadcasters.

“He is a fantastic guy and he is someone that really helped me as soon as I moved to Tottenham.

“I feel like I can really be myself around him, so he’s a great guy.

“But, yeah, confidence I think is important that you have in football.

“With all them fans there and them big names, it is important that you believe in yourself and you understand that you deserve to be there and you got yourself into a situation where you have to go and perform.”

Asked if confidence was something he worked on, Alli said: “I think it is quite natural. I remember when I first moved, my manager at MK told me that I deserved to be there.

“I knew when I moved to Tottenham that I wanted to be a Premier League player and I felt the time was right.

“If I didn’t feel the time was right, then I wouldn’t have gone at that time.

“It was important that when I got there, I knew as soon as I got the chance that I was ready.”

Alli is now ready to kick on again.

While refusing to open up on the personal targets he has set for the season, he was forthcoming when it came to his need to progress.

“I think there is always room for improvement with every player,” Alli added.

“Even the best player in the world, I think there’s always something that they could work on and make themselves even better.

“For me, there’s a lot I need to improve on.

“I feel I have still got to work hard and make sure that I am the complete player. I don’t feel I am yet.

“I am still only 21 so hopefully there’s a lot more time to keep improving and make myself better every day.”