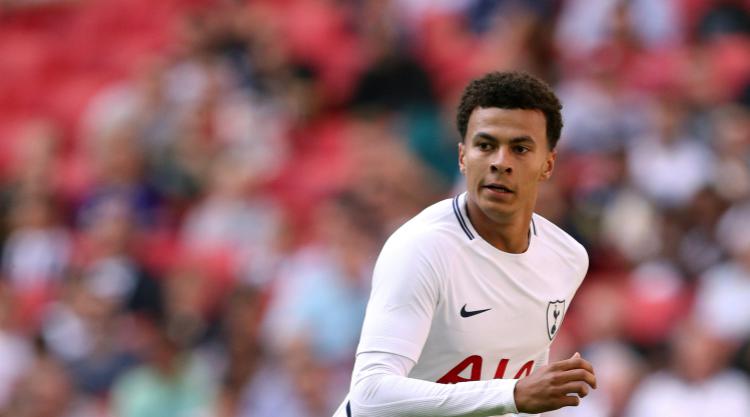 Dele Alli knows just how big an occasion Sunday’s Wembley meeting with Chelsea is for Tottenham as he looks to replicate his heroics from last season.

Spurs start life in their temporary home with a London derby against the reigning Premier League champions, who have had the better of their recent meetings at the national stadium.

The Blues have won the last three Wembley outings, including last season’s FA Cup semi-final, with Tottenham winning just one of their last nine games under the arch.

Mauricio Pochettino’s side were underwhelming at Wembley last season as they played their European ties there, losing to Monaco and Bayer Leverkusen in the Champions League and only managing to draw with Gent in the Europa League.

Alli was sent off in that stalemate with the Belgian outfit which saw Spurs knocked out of the competition but the England international is now prepared to turn Tottenham’s fortunes around.

“Obviously every game is important and every game means a lot to the players and the fans,” he told the club’s official website.

“But there’s no hiding how big Sunday’s match is to all of us. We’ve got some history with Chelsea over the last couple of years and we’re going out there looking to win the game.

“Obviously we were disappointed with the FA Cup semi-final against them at Wembley, it was another cracking game, a real battle and we played very well on the day but Chelsea just had the edge.

“I’m sure it’s going to be another great game this time.”

While winning at Wembley has proved a challenge, Tottenham are unbeaten at home against Chelsea since 2012, chalking up a memorable 5-3 win in 2015 before Alli scored both goals in a 2-0 victory last season. “Without doubt that game was among my highlights of my time at Spurs,” he added.

“It was such a big match, they were on a good run as well and we wanted to put an end to that. To win 2-0 and for me to score both goals was a great feeling.”

Chelsea go into the game on the back of a shock home defeat to Burnley in their opening game of the season and with several unsettling factors still yet to be resolved.

Diego Costa remains exiled in Brazil while injuries and suspensions have left boss Antonio Conte bemoaning the size of his squad.

Spurs midfielder Harry Winks wants to claim retribution for the 4-2 FA Cup defeat last season but insists the best way to do that is to keep focused on their own task. “I think we’ve got to get a positive result after the semi-final last season,” he said.

“Any derby, any local rivalry is a game that we all want to win. You’ve got to give Chelsea respect in the sense that they’re champions, they’ve got a good team and good players but I think it’s important that we focus on ourselves really.

“We’ve got great players and we’ve got a good team so we look at it as a winnable game. We want to win it and we’re capable of doing that.”

Kieran Trippier could return from injury to replace Kyle Walker-Peters at right-back in Pochettino’s side with Davinson Sanchez awaiting a work permit after his club-record deal was announced on Friday.