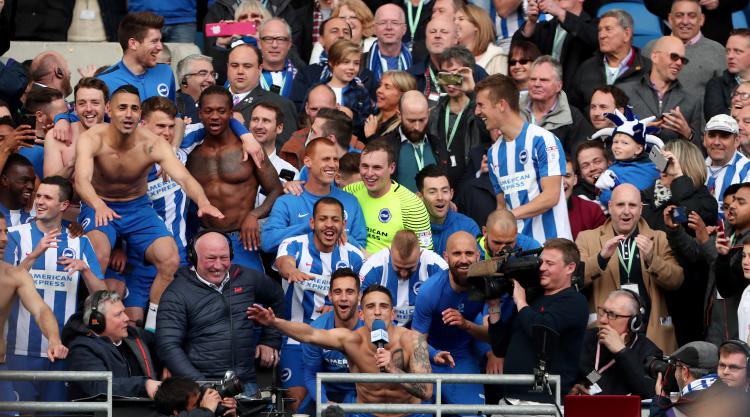 The value of promotion to the Premier League this season for clubs that did not get parachute payments will be at least £170million and could reach a minimum £290million if they avoid relegation next year.

The figures, which come from the Deloitte Sports Business Group, are based on the extra revenue the clubs will get from the Premier League’s broadcast rights next season and guaranteed parachute payments for two seasons if relegated in 2018.

That breaks down to a minimum of £95million, mostly from Premier League’s central distributions, and approximately £75million in parachute payments in 2018/19 and 2019/20, as clubs relegated after one season in the top flight are now eligible to only two years of payments.

Brighton are the only current Championship team certain to earn this much in extra revenue so far, as champions Newcastle will get a smaller increase in central distributions because they received a parachute payment this season.

But only Fulham of the four play-off teams had a parachute payment this season – about £10million – meaning the potential upside for Huddersfield, Reading and Sheffield Wednesday is the same as it is for Championship runners-up Brighton.

The huge increase in revenue for clubs promoted to the Premier League is why the Championship play-off final, which takes place on May 29, is often billed as the most lucrative game in world football.

It also illustrates the growing gap between the leagues and the financial pressure to stay in the top flight once there.