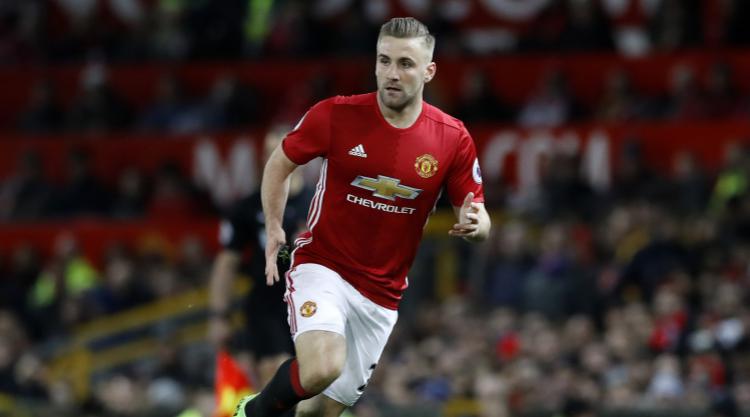 Luke Shaw can nail down the role as Manchester United’s first-choice left-back if he wants it enough, according to Denis Irwin, one of the club’s great full-backs.

Shaw had a meeting with the United manager in the wake of those scathing comments and quickly set about winning him over, only for progress to be halted by ligament damage in his foot.

Recovery continues in the sunny climes of Los Angeles, where the left-back celebrated his 22nd birthday on Wednesday.

Irwin, a part of the treble-winning side of 1999, is pleased to see Shaw recuperating on United’s pre-season tour of the United States and believes he can kick on this term.

Asked if Shaw can become first choice left-back at Old Trafford, he told Press Association Sport: “Absolutely. It’s up to him.

“He’s had one really bad injury. No injury is a good injury but (the double leg break in September 2015) kept him out for quite a while.

“Obviously missing pre-season (is not ideal) – as a player, I know how important pre-season is – but we’ve seen what potential he had when he played for Manchester United and coming from Southampton as well.

“I am sure, hopefully, he will come back stronger and be able to compete for that left-back spot.

“He is still learning the game – he’ll always learn the game, but particularly when you’re young. Hopefully he’ll get better and better.”

Irwin expects Matteo Darmian to start the campaign at left-back after ending last season so well, but if Mourinho is looking for balance then, when back fit, Shaw’s attributes look most similar to Antonio Valencia on the opposite flank.

The Ecuador international flourished last term and was the standout member of a defence that had a spate of injuries to contend with during a chaotic campaign.

While they finished well off the pace in sixth, United had the second best defensive record in the Premier League – a statistic that bodes well ahead of what should be a less frantic season.

Marcos Rojo, Shaw and Ashley Young are working hard to return to fitness, while Victor Lindelof, the composed Swedish defender, has arrived from Benfica to bolster the backline.

“Listen, you play for Manchester United,” Irwin said. “There’s got to be competition in every position.

“Defensively we were fantastic last year considering all the injuries we had.

“I suppose when you say Valencia is the only regular and we probably need to nail down a couple of centre-halves that will play regular as well, because I think that’ll do the team the world of good.”

A strong spine will certainly be important as the side begin a new chapter without experienced heads.

Wayne Rooney may not have been a regular last term but United’s all-time top scorer’s presence will be missed around the dressing room following his move to Everton, as will that of Zlatan Ibrahimovic.

“Wayne has been unbelievable for this club,” Irwin said. “His record speaks for itself: 13 years here, over 550 games, 253 goals.

“He has been unbelievable for us and Gary Neville has gone on record saying he is the best striker he has played with. They’re good words to hear.

“I wish him well in his new challenge at Everton.

“We’ve lost him, who’s obviously a powerful character in the dressing room. We lost Ibra, who is very similar.

“But it’s a new era. The manager did fantastically well last season and we hope we challenge for the league this year and I think United fans are very optimistic.”