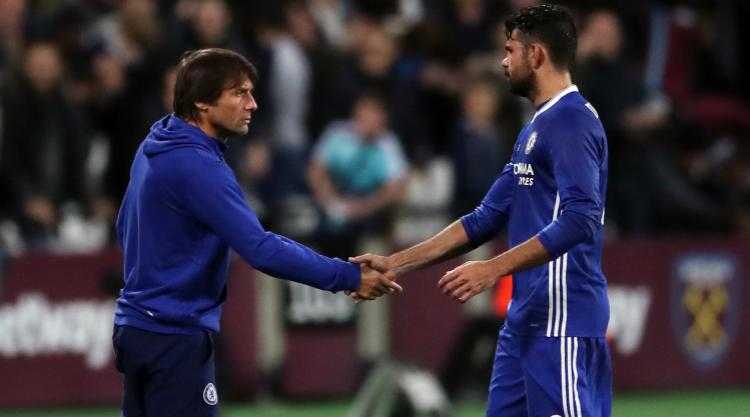 Diego Costa has criticised Antonio Conte’s treatment of him this summer and pleaded with Chelsea to allow him to join Atletico Madrid.

The 28-year-old claims he was told he was not wanted via text message by Conte at the end of last season but has yet to leave the club.

Costa said he was happy at Stamford Bridge until Conte made it clear he had no future in the Italian’s team, and now wants to return to the club he left to join Chelsea in 2014.

The striker has not returned for training as he does not want to train with the club’s reserves and is happy training in Brazil until his future is resolved.

“I am waiting for Chelsea to set me free. I didn’t want to leave. I was happy. W hen the manager does not want you, you have to go,” he told the Daily Mail.

“In January, things happened with the coach. I was on the brink of renewing my contract and they put the brakes on it. I suspect the manager was behind it. He asked for that to happen.

“They gave me a week extra off but since then it’s fines all the way. They want me training with the reserves. I am not going to do that. I am not a criminal and I am not in the wrong here. So, if they need to fine me, let them fine me.”

Costa, who said he feels Conte “doesn’t possess charisma”, was angry with how he was told to leave.

He added: “There are ways of going about it. You don’t do it by text message. You should be honest and direct to someone’s face.”

Costa hopes to sort his future out quickly but is prepared to miss a year of playing rather than move somewhere other than Atletico, who are under a transfer embargo until January.

He said: ” My desire is to go to Atletico. I have rejected other offers. They want to sell me to China or other teams. If I’m off, I’m going to the club I want to go to – not the club that’s paying the most.

“I am open to being a year in Brazil without playing, even if Chelsea fine me for a year and don’t pay me. I’ll come back stronger. If I was in the wrong, I’d go back now and do as they say.”