A new bicycle hire scheme to rival ‘Boris Bikes’ has launched in London.

The start-up firm from Singapore has become the first ‘dockless’ bicycle hire company to be rolled out in the capital.

Some 400 cycles were rolled out in east London on Tuesday.

The bicycles can be rented via a smartphone app, and each half an hour ride costs 50p plus a refundable £49 deposit. 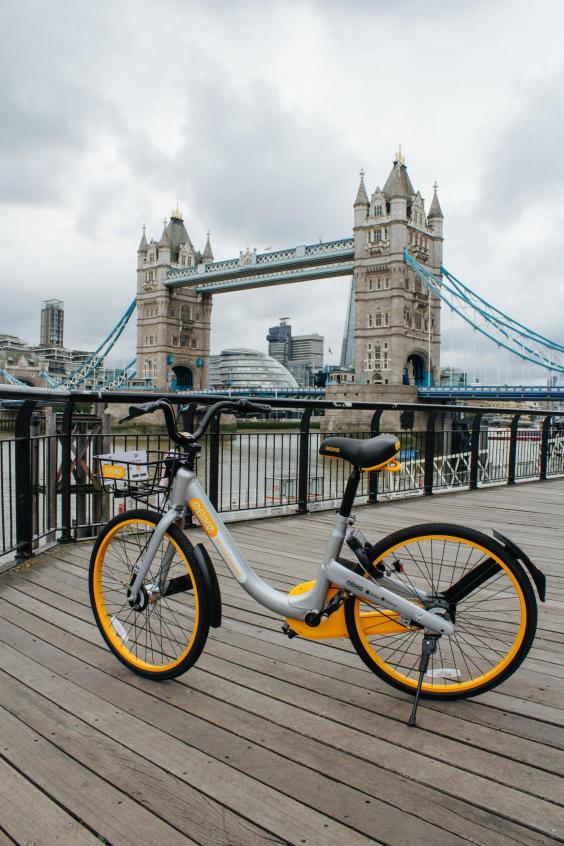 oBike: The new scheme has been rolled out in the capital to rival Santander Cycles+ (oBike)

They can be unlocked by scanning a code printed on its frame.

And oBike’s cycles can be picked up and left anywhere in the capital using a built-in lock that’s attached to each bike’s frame.

By using the company’s app, users can earn credits by informing the firm about damaged bikes – which they can then use for future journeys.

Augustin Mallon, a senior UK manager for oBike said they decided to launch the scheme in Tower Hamlets because of “a lack of bicycles available in the area.”

“Santander has 11,000 bikes on the streets and we’re hoping to add to that by at least 50 per cent,” Mr Mallon added.

He said the firm will place “hundreds of bikes everyday” into London’s infrastructure. 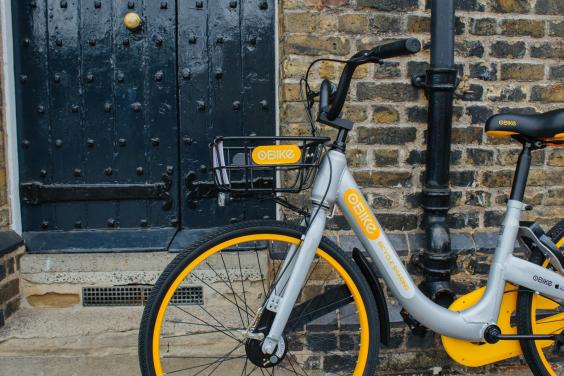 Hire cycles: The firm has placed 400 of the dock-free bikes in Tower Hamlets

The move by oBike comes after ‘Boris bike’ style cycles were rolled out by its biggest rivals Mobike in Manchester in June.

The northern city was the first area outside Asia to take on the cycle-hire service, according to Manchester Evening News.

Like oBike, the similarly named Mobike’s are dock-free, have built-in locks and can be activated using a smartphone app.

Brian child of Chinese entrepreneur Hu WeiWei, Mobikes are used in more than 130 cities across China and Singapore.