Donald Trump hailed a “great day in the White House” after sacking his communications chief Anthony Scaramucci just 10 days into his role.

The White House said he had been dismissed from the role to give the new chief of staff John Kelly “a clean state”.

Mr Scaramucci’s sacking came just days after he had unleashed an expletive-laced tirade against senior staff including verbal attacks on then-chief of staff Reince Priebus and chief strategist Steve Bannon.

After the Wall Street financier was shown the door, the President tweeted: “A great day in the White House!”

Mr Scaramucci, 53, was named the White House’s Communications Director on July 21, taking over from Sean Spicer, who resigned from his role as White House Press Secretary because of the new appointment.

The decision to sack Mr Scaramucci is believed to have been made by Mr Trump’s new chief of staff, former US marine Mr Kelly. 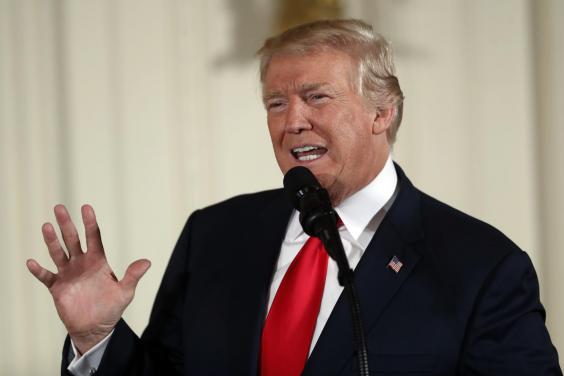 Donald Trump said there was ‘no chaos’ in his administration (AP)

“Mr Scaramucci felt it was best to give chief of staff John Kelly a clean slate and the ability to build his own team. We wish him all the best.”

It followed a series of turbulent media appearances by the Wall Street financier including an interview with the New Yorker magazine in which he went on a profanity-laden tirade against two top officials.

Talking about the US president’s chief strategist he said: “I’m not Steve Bannon, I’m not trying to suck my own c***”.

“I’m not trying to build my own brand off the f****** strength of the President. I’m here to serve the country,” he said.

arlier on Monday, the president insisted there was no chaos in his White House after a tumultuous week of infighting and political turmoil.

Mr Scaramucci rattled off a list of apparent successes in one of his signature Twitter outbursts in response to fears his administration is plagued with difficulty.