Donald Trump has declared he is the most “presidential” President since Abraham Lincoln.

Speaking at a rally in Youngstown, Ohio, he defended his unconventional approach as necessary to change the country for the better.

Mr Trump said on Tuesday night: “With the exception of the late, great, Abraham Lincoln, I can be more presidential than any president that’s ever held this office.”

He also criticised those who claim his behaviour – for example his late night tweets – is not befitting of a leader, adding: “It’s much easier, by the way, to act presidential than what we’re doing here tonight. Believe me. 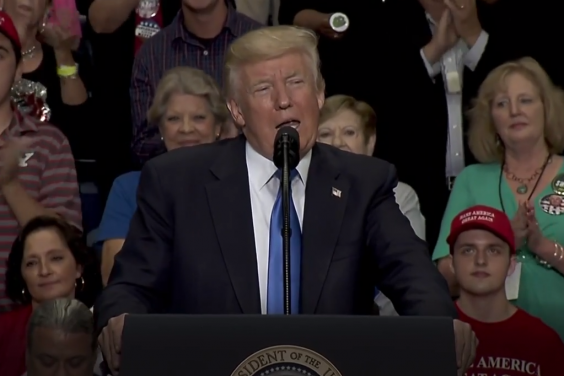 Defending his record, he said: “I think that with few exceptions, no president has done anywhere near what we’ve done in his first six months. Not even close.”

The speech came after The Boy Scouts of America were forced to deny endorsing Mr Trump when he turned a jamboree speech in West Virginia into a campaign-style rally.

Speaking to more than 35,000 people, bragged about his election victory, blasted “fake news,” bemoaned the lack of loyalty in Washington DC’s “cesspool” and encouraged the crowd to boo both Barack Obama and Hillary Clinton.

He also caused a storm on Wednesday by banning transgender people from serving in the US military, blaming “disruption” and “medical costs”.