Donald Trump’s son has said his father was kept in the dark over his meeting with a Russian lawyer who is said to have claimed she could influence the US presidential race.

The White House was rocked yesterday after Donald Trump Jr released a chain of emails about his meeting with a Russian lawyer who supposedly had dirt on Hillary Clinton.

Donald Trump Jr said he did not tell his father about his meeting with the lawyer, describing it as “just a nothing.”

The emails show his exchange with a music publicist who wanted him to meet with a “Russian government attorney.”

They reveal that Mr Trump Jr was told the Russian government had information that could “incriminate” Mrs Clinton and her dealings with Russia. 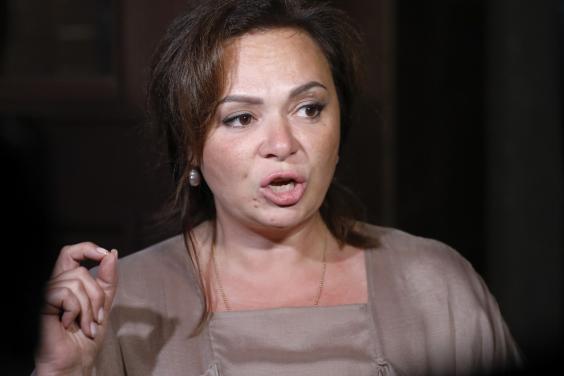 Natalia Veselnitskaya said she met with Trump Junior to discuss sanctions between Russia and the U.S (AP)

Speaking to Fox News in the US, Donald Trump Jr was asked whether he told his father about the meeting.

He said: “No. It was just a nothing. There was nothing to tell.

“I mean, I wouldn’t have even remembered it until you started scouring through this stuff. It was literally just a wasted 20 minutes, which was a shame.”

The Russian lawyer who met with Trump Jr also denied she had any links to the Kremlin and insisted she met with President Donald Trump’s son in 2016 to discuss sanctions between Russia and the U.S., not to hand over information about Hillary Clinton’s campaign.

“I never had any damaging or sensitive information about Hillary Clinton. It was never my intention to have that,” Natalia Veselnitskaya said.

“It is quite possible that maybe they were longing for such an information. They wanted it so badly that they could only hear the thought that they wanted.”

He posted on Twitter that his son is “a great person who loves our country!”

Mr Trump Jr blamed the decision to take the meeting on the “million miles per hour” pace of a presidential campaign and his suspicion that the lawyer might have information about “under-reported” scandals involving Mrs Clinton.

An email exchange claiming to have “information that would incriminate Hillary”

He added that the meeting “really went nowhere” and that he never told his father about it because there was “nothing to tell”.

“In retrospect I probably would have done things a little differently,” Mr Trump Jr said.

Democrats in Congress voiced outrage and insisted the messages showed clear collusion, with California Representative Adam Schiff, the top Democrat on the House intelligence committee, declaring that “all of the campaign’s previous denials obviously now have to be viewed in a different context”.

Yet Republicans – who stand the most to lose politically from Mr Trump’s Russia ordeal – did not join in the condemnation.

Senate Majority Leader Mitch McConnell said he was confident Senate investigators would “get to the bottom of whatever happened”. And Senator Susan Collins, a Maine Republican on the intelligence committee, cautioned that the emails were “only part of the picture”.

Mr Trump Jr, who was deeply involved in his father’s presidential campaign, portrayed his decision to release the emails as an effort “to be totally transparent”. In fact, they had already been obtained by The New York Times.

Hours after the son posted the emails, the father rose to his defence.

“My son is a high-quality person and I applaud his transparency,” the president said in a statement read to reporters by White House spokeswoman Sarah Huckabee Sanders.

Although Ms Sanders declined to answer questions about the emails, she stood by the White House’s long-standing insistence that no-one in Trump’s campaign colluded to influence the election.

As congressional committees and Special Counsel Robert Mueller investigate, the emails will almost certainly be reviewed for any signs of coordination with the Kremlin, which the White House and Mr Trump Jr have repeatedly said did not take place.

In the emails – dated early June 2016, soon after Mr Trump secured the Republican nomination – music publicist Rob Goldstone wrote to Mr Trump Jr to connect him to Russian attorney Natalia Veselnitskaya. Mr Goldstone wrote that the information “would be very useful to your father”.