Cable car riders have been dramatically rescued after they became trapped over Cologne when a gondola collided with a pillar.

Authorities say 32 of the cars were operating on the line, which travels 50ft above the River Rhine, when the crash happened.

Dramatic pictures have emerged showing the rescue operation as 75 terrified people, including children, had to be lowered to safety by ropes.

The incident happened at about 3.30pm local time on Sunday, with no injuries reported so far. 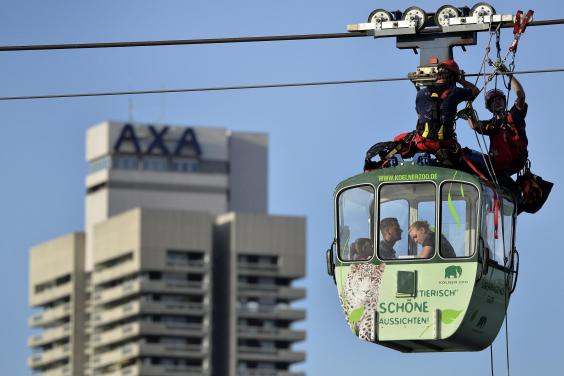 The incident was caused by a gondola that ran into a support pillar in Cologne, Germany (EPA)

According to reports all the cars were brought to a stop when one hit the pillar, leaving passengers waiting helplessly above the German city.

The Mayor, Henriette Reker, praised the passengers for their patience and understanding. 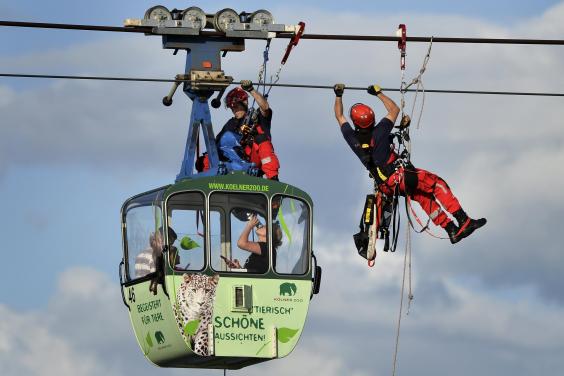 She said: “They are in the best hands at the Cologne Fire Brigade. Something like this has never happened before.”

Cable car manager Thomas Miebach apologised to riders and said an investigation was underway, saying it was the first accident of its kind in 50 years.