Detectives are investigating a suspected multi-million pound counterfeit wine operation which could have tricked British drinkers.

French wine giant, Raphael Michel, has found itself embroiled in a police investigation after it was accused of passing off cheap table red as prestigious wine.

Boss of the company, Guillaume Ryckwaert, 39, was arrested in France and faces charges of fraud, deception and violations of the country’s consumer and tax codes.

It is claimed Mr Ryckaert masterminded the scam from October 2013 and allegedly sourced four million cases of table wine, reselling it as premium wine from the Rhone region, including Cotes du Rhone and Chateauneuf-du-Pape for as much as £100 a bottle. 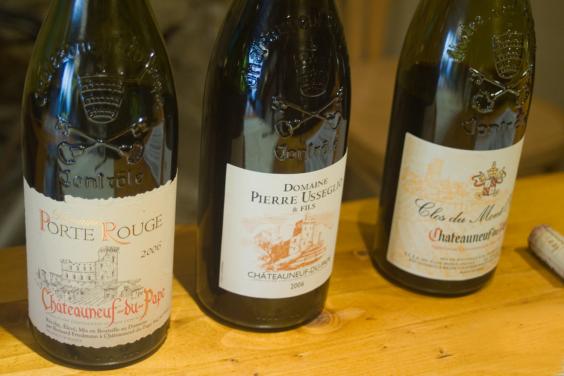 Fake bottles of Chateauneuf-du-Pape have been sold on the for £20 to £100, it is alleged (Everett Harper)

It is feared that over 100,000 litres of wine on the French market has been falsely labelled.

The scam came to light after investigators spotted discrepancies in a routine audit and raised concerns.

Nicholas Corke, of fine wine store Thos Peatling, in Bury St Edmunds, Suffolk, said: “There is every chance some of this wine has come across the Channel… It is simply cheap wine being passed off as expensive wine.

“The fake wine might very well be drinkable – but it is not what people expect if they are paying £20 a bottle.”

Raphael Michel trades in bulk wine, which is sourced from more than 4,000 growers in the Rhone Valley, Provence, Languedoc-Roussillon, Chile and Argentina.