A drug-dealer has confessed to murdering four missing men and burning their bodies at his family’s farm in the US state of Pennsylvania.

Cosmo DiNardo, 20, carried out the killings after he felt cheated or threatened during three drug transactions, a person with firsthand knowledge of his confession said.

He killed them and burned their bodies at his family’s farm in a suburb of Philadelphia, the source said, adding that a co-conspirator was involved in the deaths of three of the men.

DiNardo said “I’m sorry” as an officer escorted him in shackles from a courthouse yesterday. 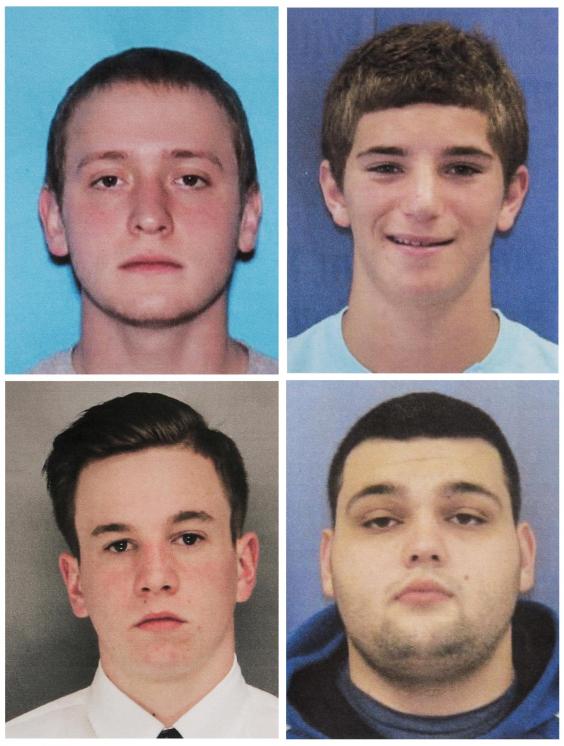 DiNardo, who has been diagnosed with schizophrenia, agreed to plead guilty to four first-degree murder counts, his attorney Paul Lang said.

He said in exchange for DiNardo’s cooperation prosecutors would not seek the death penalty.

Sniffer dogs led investigators this week to the spot on the family farm where they discovered human remains inside a 12-foot-deep common grave.