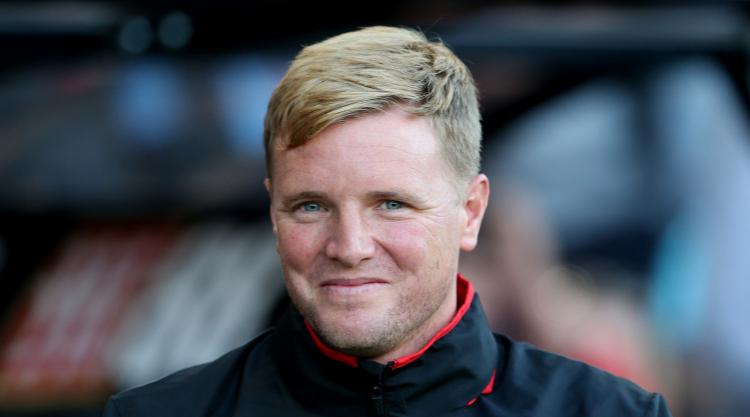 The Bournemouth manager saw his side chalk up their first win of the season following an indifferent start to the campaign.

Howe was particularly pleased to see Bournemouth bounce back after Birmingham took a first-half lead through Maikel Kieftenbeld.

Ryan Fraser equalised 52 seconds into the second half with his first goal since January and t he winner was smartly scored by Marc Pugh in the 68th minute.

Howe, who made eight changes to the side beaten 2-0 by Watford, admitted: “First and foremost we wanted to win.

“We made it difficult for ourselves going one down but the players showed really good character, especially with the start we’ve had this season.

“The pleasing feature was to take our chances. In the previous two games we have not really had a shot in anger.

“The two goals will give the lads a big boost going into the next game and it was pleasing the positive play around the box.”

Howe was delighted with Jermain Defoe’s first appearance of the season, despite the summer arrival from Sunderland not scoring.

“His movement was excellent, which has been a feature of his career,” added Howe.

“It was great to see him creating chances and with us getting him in a position to score.

“We tested him in the game against Birmingham and he is now in a better position to come through 90 minutes. He worked hard and never stopped running.”

Howe was full of praise for Fraser and Tyrone Mings – the latter having produced a goalline clearance which prevented a second Birmingham goal.

“I thought he needed another game and ended up having a really productive evening,” the Bournemouth manager said of Scotland winger Fraser.

“It was great to see him score and I am sure he will feel great after this match.”

On Mings’ clearance, he added: “I thought it was the defining moment of the game.”

Birmingham’s boss Harry Redknapp was very pleased with the performance of his side despite the result.

“The first half was the best we have played since I’ve been at the club,” he said.