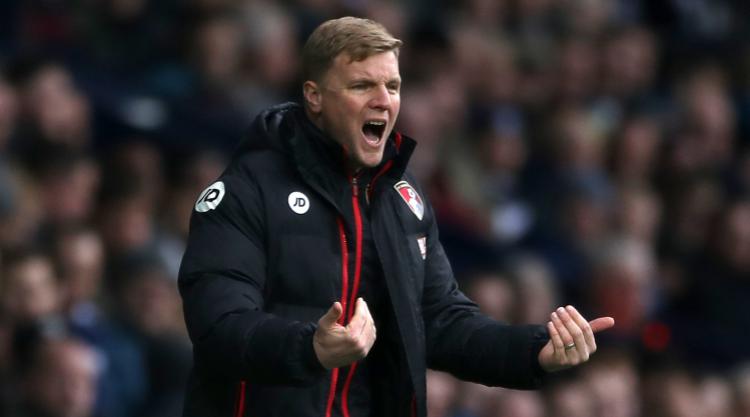 Eddie Howe is relishing the challenge of keeping Bournemouth in the ever-improving Premier League.

The Cherries comfortably retained their top-flight status in their first season after promotion and last term finished ninth.

But with Premier League spending in the current transfer window already at an all-time record level, Howe is anticipating their biggest fight yet.

“It gets tougher every year – the competition gets more intense and the players get better,” said Howe at his press conference ahead of Saturday’s visit of Manchester City.

“This will be the hardest Premier League ever because it’s the most recent one.

“With the money in the Premier League now the standard of the players coming in is always improving and that makes it ever-harder for each team to compete.

“It’s a challenge we always look forward to taking on.”

Bournemouth’s task has been made more difficult as they suffered back-to-back defeats in their opening two games.

But instead of dwelling on the losses to West Brom and Watford, Howe is taking the positives from Tuesday’s 2-1 victory over Birmingham in the Carabao Cup.

The Bournemouth boss added: “Whenever you win a game you get a good feeling and you crave that positivity. No matter what competition it is, it’s a good thing to do.

“It was good to see us score. We’ve always been very free-flowing and have created chances and in the first two games we didn’t do that. To do so against Birmingham was good to see.

“The results at the start of the season are one thing but the performances have been more concerning.

“With the quality of the opposition on Saturday, we’re going to need to raise that level to compete.”

Bournemouth have struggled to lay a glove on Manchester City since their promotion, scoring just one goal against them and conceding 15 in four straight defeats.

But Howe was encouraged by his side’s performance in the 2-0 loss at the Vitality Stadium in February.

“We respect Man City as we’ve had some tough battles and we’ll need to be at our very best to get a result on Saturday,” he said.

“They have been very good against us – using the ball well, countering well and defending well.

“When you add their way of doing things with the quality of the players they have it makes things very tough.

“When we’ve reviewed the games we’ve had against them, our last game here was the most effective and we were in the game for a long time.

“We have to take the positives from that game and try and build on them.”

Jermain Defoe played 90 minutes in midweek and he is in contention to make his first start of the league season after being named in the England squad.

“It’s great to see from our perspective as we’ve not seen that too many times,” said Howe.

“I’m delighted for Jermain. I know the World Cup is at the forefront of his mind so it’s really good for him.”