A truck carrying almost 3,500kg of eels overturned in Oregon, turning a busy highway into a gooey slip road.

Cars were left coated in slime after the accident, with pictures from the scene showing the slippery creatures scattered along the street.

The local fire department posted a video online of workers hosing down the highway to clear the mess.

As Mr Tragale approached road construction and tried to stop, one container flew off the truck bed and into the southbound lane, while the other containers spilled on to the highway, officers said.

The flying container hit a vehicle which then caused it and four other cars to be pushed into each other. 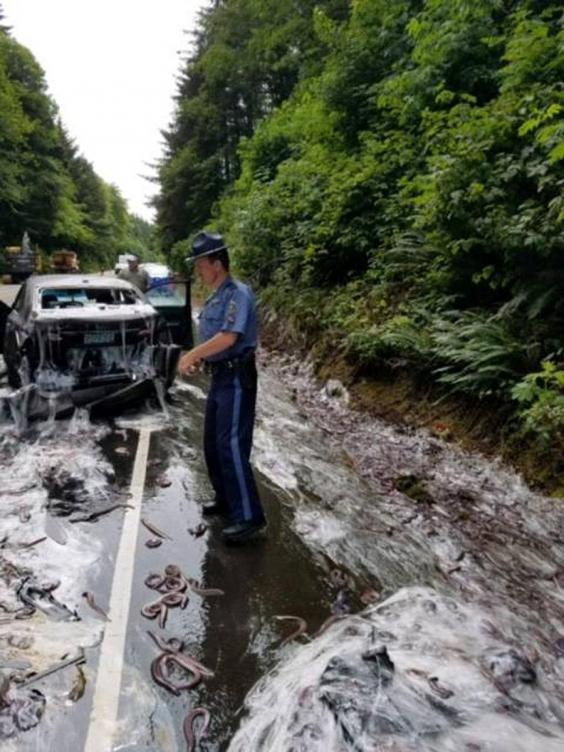 Police said the people in the vehicle hit by the container suffered minor injuries.

Officers added that when hagfish become stressed, they secrete a slime, which can be seen in the photos on the vehicles and on the highway,

The road reopened after the bulldozing and hosing it off was completed on Thursday afternoon.