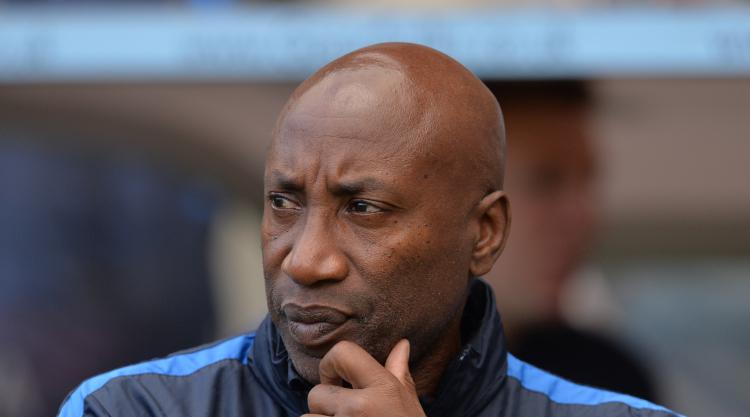 The clubs were required to interview a BAME candidate in instances where they ran a recruitment process with three such processes taking place, including one where no BAME candidate applied.

Based on American football’s ‘Rooney Rule’, 10 clubs signed up to the pilot scheme but only four of those – Birmingham (twice), Chesterfield, Coventry (twice) and Wolves (three times) – changed managers during the 2016/17 campaign.

:: On five occasions it did not apply – Gianfranco Zola and Harry Redknapp joining Birmingham, Walter Zenga and Nuno Espirito Santo at Wolves and Mark Robins at Coventry.

:: An available BAME candidate did not apply for the Chesterfield job

Birmingham, who twice failed to interview a BAME candidate, said they had “abided by the agreement” as the scheme allowed clubs to appoint “specific individuals” without a full recruitment process during the season.

Wolves said the Zenga appointment “came during exceptional circumstances and timescale during a transition of ownership” and they had explained this to the EFL.

They did not provide an explanation for what happened with Santo’s arrival but said they remain “committed” to the BAME recruitment code.

Coventry confirmed they had “interviewed and seriously considered” a BAME candidate after Tony Mowbray’s departure but said Robins “was chosen from the beginning”.

Overall, the number of BAME managers in the top four divisions in English football fell to two by the end of last season – Chris Hughton at Brighton and Carlisle’s Keith Curle – despite BAME players accounting for more than a quarter of professional squads.

The EFL, however, is committed to tackling the under-representation of BAME coaches and managers and is extending its recruitment code to all 72 clubs next season.

This means a suitably qualified BAME candidate must be interviewed for all coaching positions within academies and clubs will commit to the principle of speaking to at least one BAME candidate for senior first-team roles, including the top job, whenever they run a full process.

The league is still receiving the results from the academy-related part of the code but it does appear the news from last season is slightly more encouraging, with qualified BAME candidates three times more likely to get an interview than non-BAME candidates.

The EFL has data from 76 of 123 jobs that were advertised on its website and there were nearly 1,500 applications, including 170 from BAME candidates.

Just under one in five of all applications led to an interview but slightly more than half of qualified BAME applicants were interviewed and 11 of the 76 jobs went to BAME candidates.

Lord Ouseley, chair of anti-discrimination organisation Kick It Out, told Press Association Sport: “The EFL deserves praise for getting this pilot off the ground.

“While it has not as yet yielded the results which many hope it would, it nevertheless took us further than before because some black and Asian qualified coaches got interviews for posts and 11 actually got jobs. There is a genuine commitment on the part of the EFL’s leaders to move forward.

“One of the clear lessons to learn is there needs to be greater investment in supporting more black and Asian coaches to be appropriately qualified and supported through the process, and for appointment through fair and equitable selection processes.

“The EFL has a big job to persuade its 72 clubs to adopt open, transparent, accessible and accountable recruitment policies and to make that mandatory as part of the league’s regulations.

“For maximum effectiveness, that would have to be backed up by sanctions for non-compliance because, as the pilot shows, clubs have got away with doing nothing to achieve fair outcomes and nothing ever changes.”

Ouseley added that the “irrational discrimination” against BAME administrators, coaches and managers was an issue for the whole game and not just the EFL.

In a statement, EFL chief executive Shaun Harvey said the pilot had been “useful” in terms of learning more about “positive action measures” and had proven they could be integrated into “football’s unique recruitment model”.

He said: “Operating the pilot across 10 clubs has proved useful in terms of understand the practicalities of implementing ‘Positive Action’ recruitment measures in football for the first time. It has also enabled us to demonstrate to our clubs that they can be integrated into football’s unique recruitment model.

“The challenge for us now is to establish whether this approach will help us tackle the under-representation of BAME managers and coaches in the long term and in order to do this we aim to extend the pilot across the full breadth of our clubs for a further period.

“We believe that this a positive step forward and, alongside the encouraging progress being made through the implementation of mandatory regulations in Academy football, will help English football identify the right approach to broadening the diversity of the managerial and coaching workforce.”

Harvey added the challenge now was to widen the trial and provide more support for BAME candidates with their qualifications, CV-writing and interview skills. It is also understood the league is working on an online portal which will help candidates find and apply for jobs more easily.

This is an idea Chris Ramsey would welcome, as the QPR technical director says more needed to be done to encourage former players and coaches from the BAME community not to give up on careers in football and match good candidates with available jobs.

Hugely respected within the game, Ramsey has been England Under-20s head coach, a scout for the men’s senior team, head of player development at Spurs and managed sides in Malta and the United States, but he is perhaps best known for his spell in charge at QPR in 2015 when they were relegated from the Premier League.

That experience clearly did not go as planned but the 55-year-old was invited back to the club to head up its coaching operation.

“Tokenism is not what anybody wants – we want equal opportunities,” Ramsey old Press Association Sport.

“We want the chance to go into the arena, we want to get through the door. I’ve been to the arena and I lost my job because things didn’t work out football-wise. That’s fine, I got a chance.

“If anything it’s about being given the chance to fail. Can I be judged like everybody else? Not even getting through the door is not where Britain should be right now.

“I think what disappoints me is that football, which is such a powerful beast in this country, hasn’t just grabbed this issue by the horns.