A busy south London roundabout has been closed after car overturned in a crash at rush hour.

Police were called to the roundabout at Elephant and Castle tube station just before 5pm on Friday to reports of a collision.

Dramatic pictures have emerged on social media showing a car overturned and lying in the road, with police officers and firefighters at the scene.

Nobody was injured in the crash, police said. 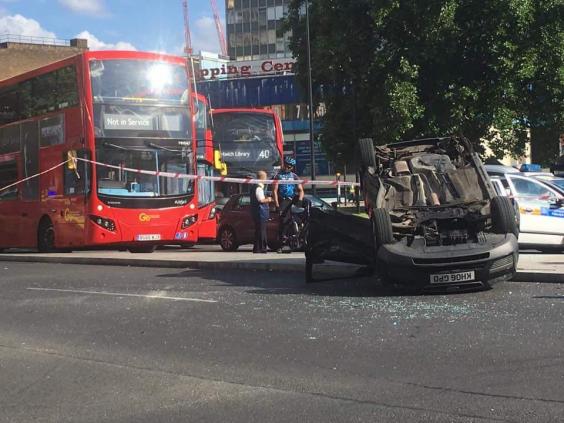 The overturned car in Elephant and Castle (Gary Lewington)

A Met Police spokesman added: “We were called to two cars in collision. One of the cars overturned.

“Nobody suffered any life threatening injuries. Officers are still at the scene.”