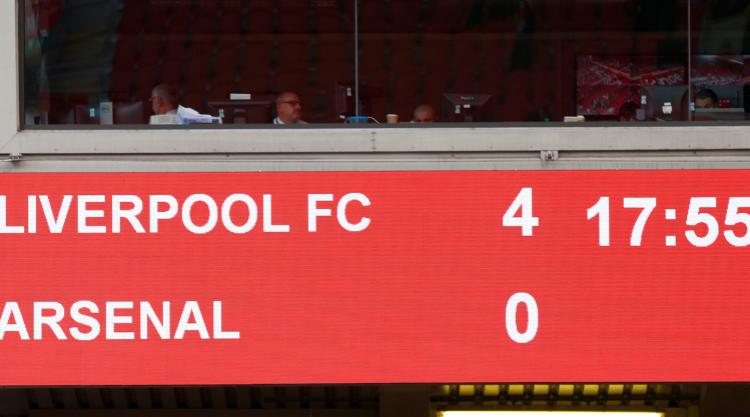 Emre Can felt Liverpool’s ruthless demolition of Arsenal on Sunday was as good as it gets – but is not getting carried away.

Liverpool thrashed the Gunners 4-0 with an outstanding display of attacking football in their Premier League clash at Anfield.

The victory lifted the Reds to second in the table heading into the first international break of the season and, given the opposition, sent out a strong statement to the rest of the competition.

“It was a big, big performance,” said midfielder Can. “I think everyone did great and I think you can’t play much better.

“Of course it gives us confidence and now we go into the internationals and everybody’s happy. It’s a good start now – but we have to keep working. Our performance was good, but we need to keep it up. It’s just the start.”

Liverpool swept Arsenal aside with embarrassing ease. Were it not for a series of fine saves by Petr Cech, their win could have been even more emphatic.

Roberto Firmino headed them in front after 17 minutes and forward partner Sadio Mane added a superb second before the break.

Mohamed Salah – the third member of a formidable attacking trio – robbed Hector Bellerin to race away for a third before the hour and substitute Daniel Sturridge completed the rout.

Can himself played a key role, constantly driving the team forward along with fellow midfielders Jordan Henderson and Georginio Wijnaldum in the way manager Jurgen Klopp craves.

“He expects that from us midfield players and I tried to do it,” Can, 23, said. “Of course I can’t do it every time but I tried to do it more often than last year. It’s worked good so far.

“I think you could see on Wednesday we played a high tempo and here again. You can see that we worked very well in pre-season. Everybody feels good, everybody feels in good shape and that’s very important.”

Liverpool’s performance came without Philippe Coutinho, whose future remains the subject of speculation in light of continuing interst from Barceclona, and the injured Adam Lallana.

Goalkeeper Simon Mignolet also sat out the game after Klopp took the surprising decision to rest him.

Can feels the squad as a whole is looking in great shape.

He said: “If you see the bench we are strong, we are deep. We are strong in the squad. Divock Origi was not in the squad and he’s a great player, so you see just how strong the squad is.”