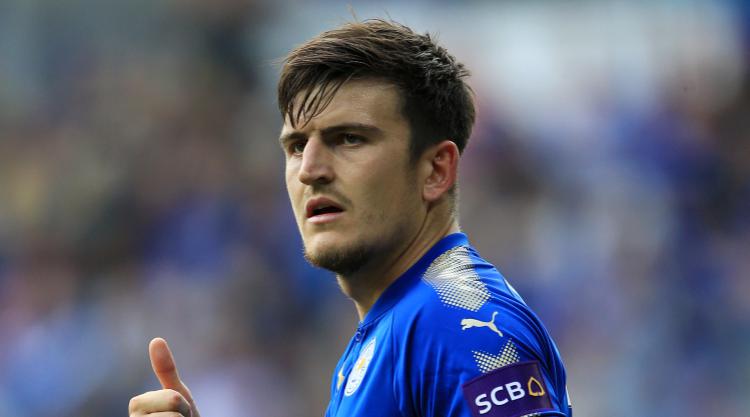 Harry Maguire has received his first call-up to the England squad but the defender is an injury concern for Leicester ahead of the Premier League clash against Manchester United at Old Trafford.

The 24-year-old, a £17million signing from Hull this summer, has joined Leicester team-mate Jamie Vardy in being selected for Gareth Southgate’s squad for next month’s World Cup qualifiers against Malta and Slovakia.

Leicester boss Craig Shakespeare believes the call-up reflects the improvement he has made even during his short time at the King Power Stadium and sees no reason why Maguire might not go on to captain his country in the future.

“It is the recognition he deserves. For us as a football club, it shows how strong we were on the recruitment,” said Shakespeare.

“For him personally, I am very, very pleased. I think he has impressed everybody with his ability, of course, but also his character. We are all delighted for him at the football club and he can be pleased with his overall performance since he’s been here.

“I don’t see why he couldn’t (be a future England captain). Since day one I’ve stressed it’s vitally important you bring the right characters in. His communication with the back four has now got a lot better and he’s improving generally.

“He seems very level headed. It is something that has come along quite quickly for him but I’m sure he will take it in his stride.”

However Maguire, who has one England Under-21s cap, is nursing a knee injury from the Carabao Cup win at Sheffield United on Tuesday night and he did not train on Thursday. Leicester are hoping the knock settles down and he is able to train on Friday.

“Harry hasn’t trained fully today as a precaution,” said Shakespeare. ” I am hoping there is nothing long term there and it keeps him out of Saturday. It was because of the tackle in the first minute (at Bramall Lane) and he has had an adverse reaction to it 24 hours later.”

Fellow centre-half Wes Morgan is fit again after a back injury and is pushing for a recall to the starting line-up along with Vardy, whose foot injury has now cleared.

Danny Drinkwater (thigh) and Papy Mendy (ankle) have both trained this week but fellow midfielder Vicente Iborra (groin) remains out along with Robert Huth (foot).

Kelechi Iheanacho has also been able to train but Shakespeare said he would remain cautious with the striker after his toe problem.