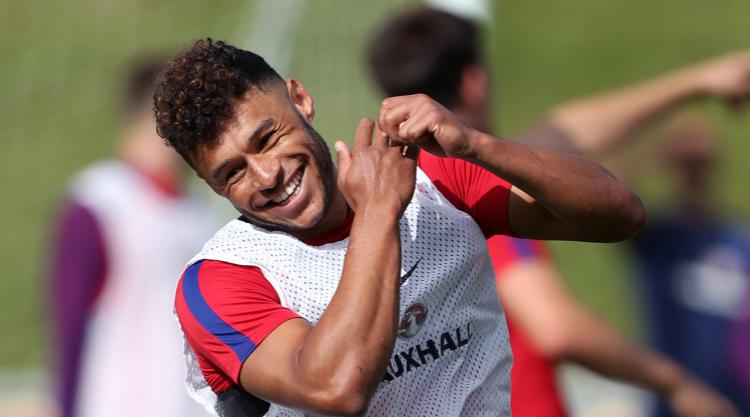 Liverpool have completed the signing of Alex Oxlade-Chamberlain from Arsenal in a deal believed to be worth up to £35million.

The Merseyside club have announced the 24-year-old England midfielder has signed a long-term deal, understood to be five years, at Anfield.

Liverpool moved for Oxlade-Chamberlain this week after the player reportedly turned down the chance to join Chelsea.

Oxlade-Chamberlain, who is currently on international duty, underwent a medical at England’s St George’s Park training base after agreeing terms with the Reds.

Speaking from the England camp, where he is preparing for World Cup qualifiers against Malta and Slovakia, Oxlade-Chamberlain told the club’s website, www.liverpoolfc.com: “Firstly, I’m delighted to have signed for Liverpool and a big thank you to everyone here at the FA that has made this possible, using the facilities. It has been a massive help.

“I’m not going to say too much today. I’m here with England and we’ve got two big games coming up, so I want to focus on them.”

The signing is Liverpool’s second of the week after a deal to bring in midfielder Naby Keita from Red Bull Leipzig next summer was completed on Tuesday.

He is the club’s fourth major arrival of this summer’s window after Mohamed Salah, Dominic Solanke and Andy Robertson.

The former Southampton youth player’s final Arsenal appearance was in their 4-0 hammering by Liverpool at Anfield on Sunday.

Reds boss Jurgen Klopp said: “I am really, really happy we have got Alex signed. Since the last game I have been waiting and hoping we could make this transfer – and when I got the news he was ours it was fantastic.

“He may still be young but he has a lot of experience in the Premier League, Champions League and for his country. Already he is a very, very good player and I think he has the mentality and desire to get even better – and that excites me.

“This is someone making a tough decision to leave one great club and come to another great club and I think he had many options, so to get him means I am delighted.

“He didn’t make an easy decision but I think he made a great one to go on this journey with this squad of talented boys and our great supporters. I welcome him to the Liverpool family.”

The deadline-day deal is likely to increase the pressure on Arsenal manager Arsene Wenger to bring in players after a frustrating start to the season. The future of forward Alexis Sanchez is also uncertain as Manchester City’s interest persists.

The Gunners hoped to keep Oxlade-Chamberlain but his reluctance to agree a new deal forced them to cash in now to avoid losing him on a free transfer next summer.