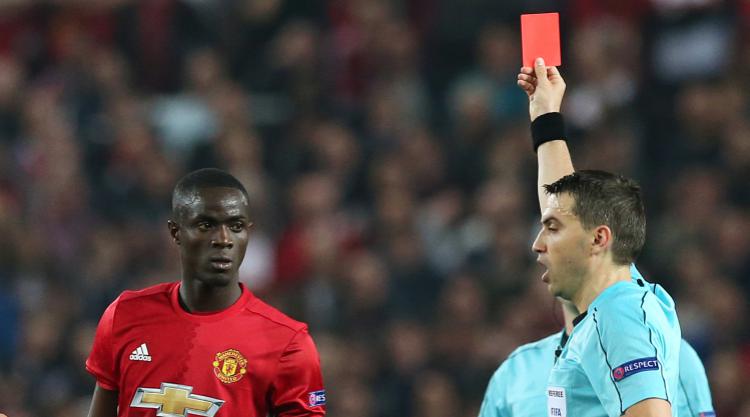 Manchester United defender Eric Bailly has received a three-match European ban after he was sent off in May’s Europa League semi-final against Celta Vigo.

The Ivory Coast international was dismissed after putting a hand into John Guidetti’s face, with Celta defender Facundo Roncaglia also dismissed for raising his hand to the United centre-back in retaliation.

Bailly missed the Europa League final victory over Ajax through suspension but has been handed an additional two-game suspension by UEFA’s control, ethics and disciplinary board (CEDB).

“The CEDB has decided to suspend the Manchester United player Eric Bailly for three UEFA club competition matches for which he would be otherwise eligible,” said a statement from the governing body.

It means Bailly will be unavailable for United’s UEFA Super Cup clash with Champions League winners Real Madrid and also the first match of the Red Devils’ return to Europe’s elite club competition this autumn.

United have also received a warning over the late kick-off of the semi-final second leg.