A young man who chased his victim across a south London estate before knifing and kicking him while he lay dying on the ground has been jailed for life.

Derron Campbell, 24, smashed a grey Vauxhall Astra into a parked car in Peckham before running after Ernest Kalawa and his friend through the Friary Estate.

Ernest, who was described by his family as a “loved and cherished” young man, fled his attacker, but tripped as he tried to jump over a fence.

Campbell pounced on his victim and repeatedly stabbed him, before kicking him as he lay dying. The killer then ran from the scene before getting back into a car and speeding off.

Emergency services rushedd to the scene, on December 30 last year at around 5.30pm, but despite attempts to save his life Ernest died around an hour later. 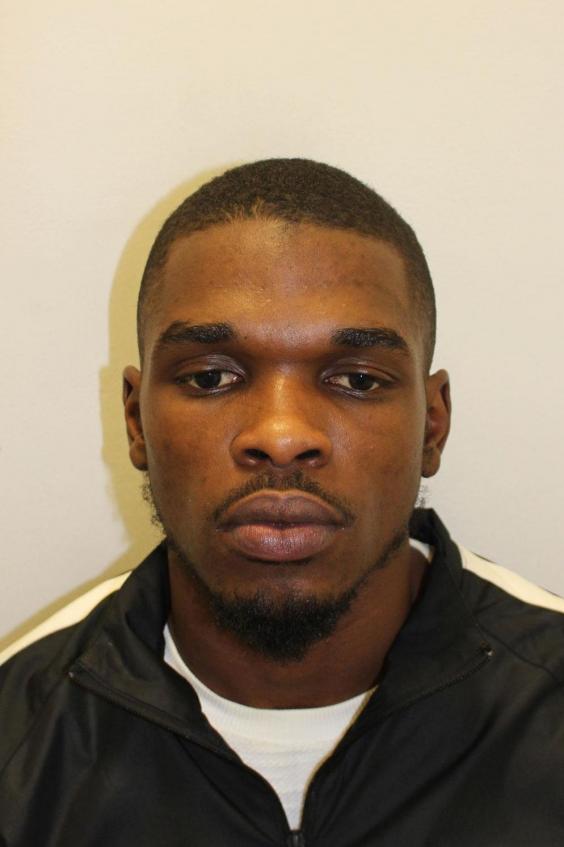 Jailed for life: Derron Campbell, 24, of no fixed abode.

Later that night Campbell was arrested for a separate matter. He was found to have a key to a car which had been spotted making off from the scene.

DCI Lee Watling called the brutal violence “truly shocking”. He said: “Campbell has refused to say why they targeted Ernest that day in Peckham and, as such, only they know why they did this. 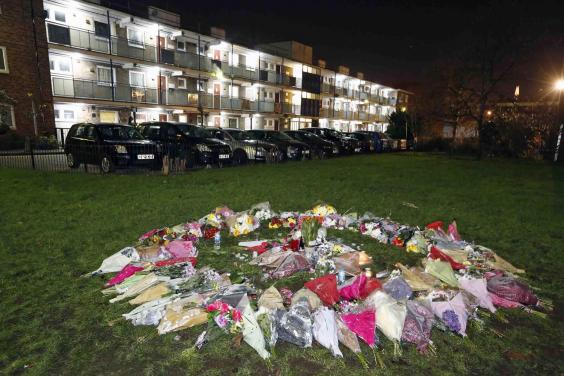 Tributes: Flowers at the scene of the stabbing in Peckham (Nigel Howard)

“The brutality of the violence used in this attack was truly shocking and there can be no doubt that as they pursued Ernest, Campbell’s only intent was to murder him.

“This process has been understandably traumatic for Ernest’s family and I hope this result can begin to allow them to bring this harrowing chapter to a close.”

Campbell, of no fixed abode, was found guilty of murder following a trial at the Old Bailey. He was jailed for life and must serve a minimum of 26 years.

Also sentenced was Klark Mangal, 22, of Peckham, who was handed a four year jail term after pleading guilty to perverting the course of justice which related to a car used at the murder scene. He was acquitted of a charge of murder.

Ernest’s killing was the last fatal stabbing in the capital in 2016.

Earlier this month it was announced police officers are to get advice on fighting knife crime from teenagers and former gang members as part of a new initiative.